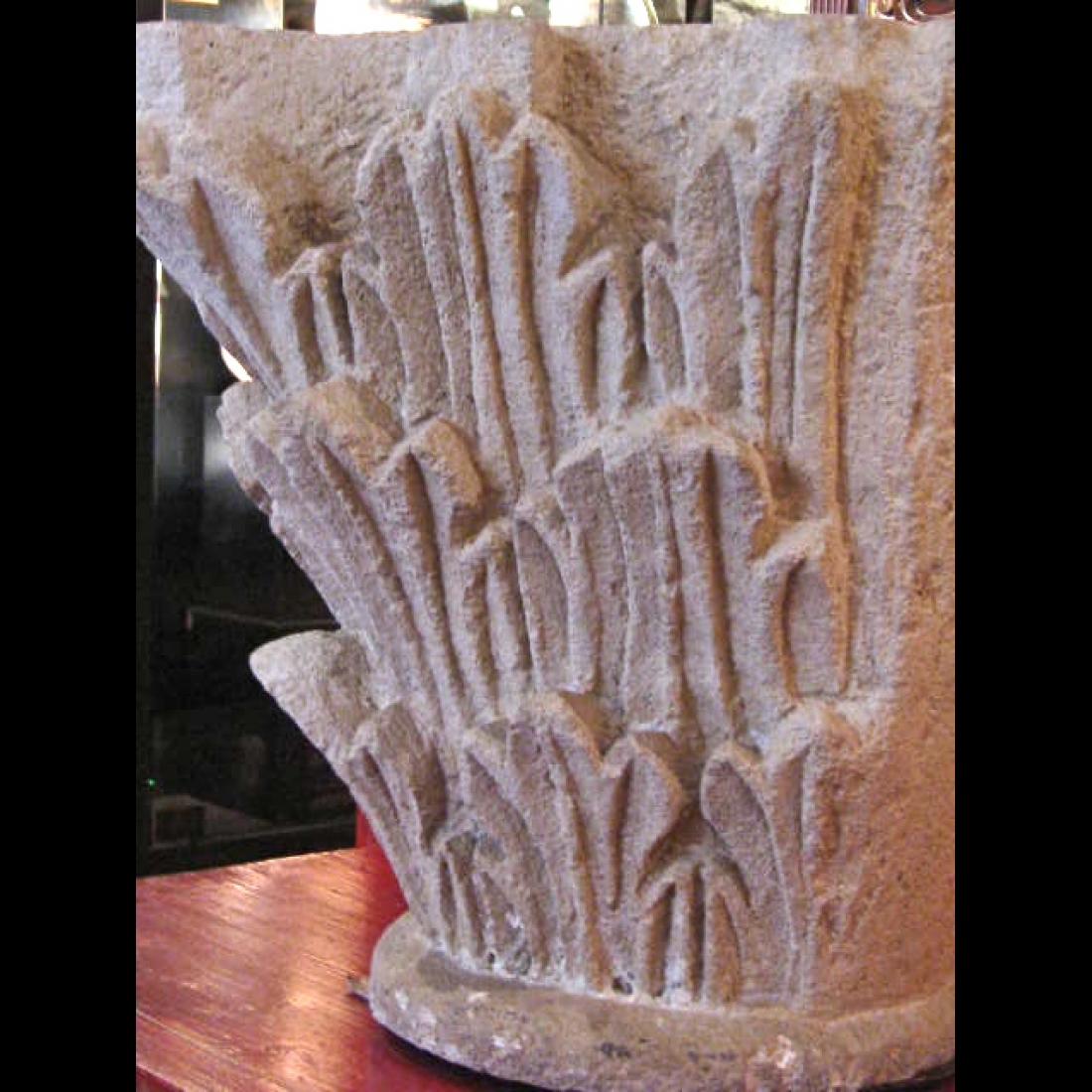 Ivory limestone piece of a column adorned with three rows of stylized acanthus leaves. Designed to decorate a column placed against the angle of a wall. Stud holes that served to affix the entire entablature are located both above and below. Very good state of preservation.

The stylistic evolution of acanthus leaves on a Corinthian capital is an excellent chronological marker. As time went by, the leaves were stylized and escaped realistic codes, going as far as the limit of abstraction with geometric forms in the AD 4th century. Vitruvius recounts of the legendary origin of the Corinthian capital: the nurse of a young girl who passed away in Corinth, placed on her tomb a basket containing her favourite objects and covered it with a piece of tile to protect the contents. The basket was placed on an acanthus root and soon the leaves and stems of the plant enveloped the basket. Constrained by the tile they curved into volutes. The Athenian sculptor and painter, Callimaque (late 5th century BC), while passing by the tomb was seduced by this unexpected arrangement of leaves around the basket and decided to imitate and adapt it to the columns that he decorated.