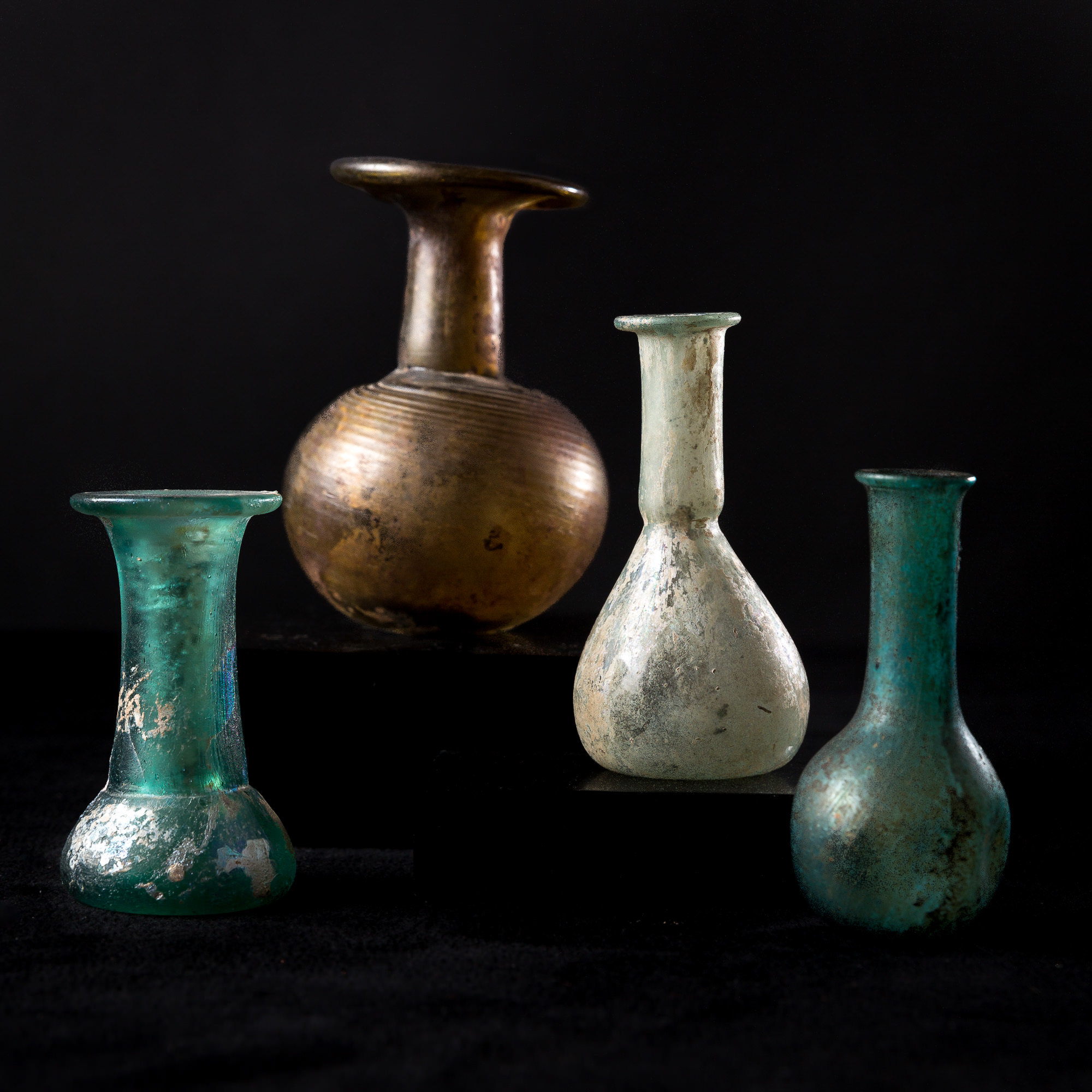 Pliny the Elder (Naturalis historica, year 77) describes how, by the hazards of the whims of fire, Phoenicians seafarers on a Mediterranean beach discovered that blocks of heated soda on sand could be vitrified. The first glass objects seem to have been Egyptian beads dating back to 2500 BC. Glass blowing was invented by the Babylonians around 250 BC and underwent little changes until the 18th century.