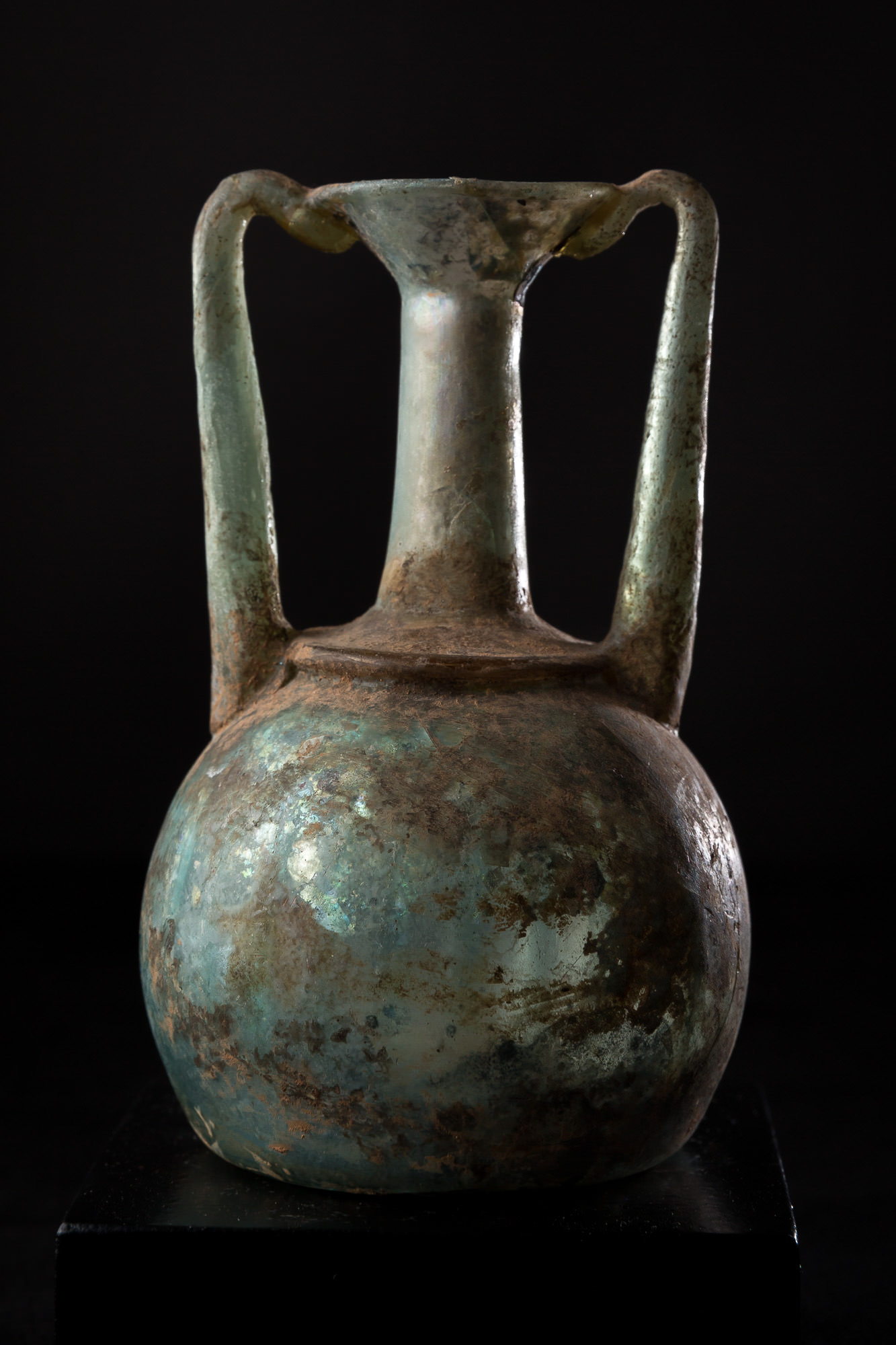 Amphora with two handles and a globular body in blown glass. In order to obtain glass, it is necessary to mix several materials, including silica, which constitutes the vitrifying element of the mixture. It is found in the form of more or less pure sand, quartz or flint, which is ground. It melts at 1710 ° and turns into glass while cooling. To reduce its melting point, it is necessary to add a flux: soda or potash. Good state of preservation and form.

The cane used to blow glass was invented from the time of antiquity. It was in the old town of Jerusalem that a sensational discovery was made: the dumping ground of a glass workshop dating from the beginning of the 1st century BC, which contained glass canes at the end of which a small bubble made of glass was attached. Here we are in the presence of the very first attempts at glass blowing. From the last third of the 1st century BC, the process spread rapidly in the West, where it underwent several improvements, most notably in Italy. Glass rods were soon be replaced by rods, perhaps in made of clay, and then by metal.