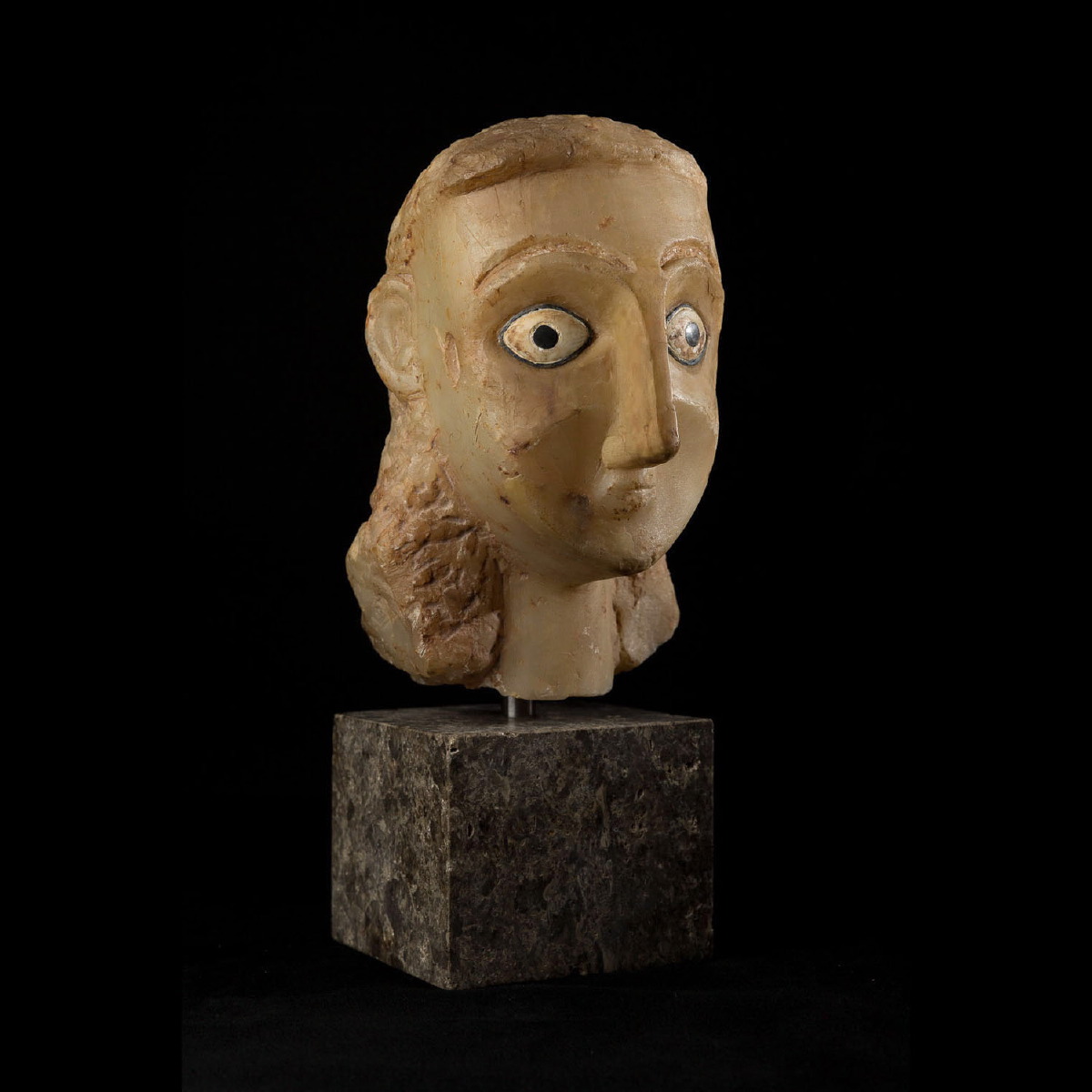 Feminine head in alabaster with large captivating eyes. The face is perfectly symmetric.

South Arabia, called Arabia felix by Pliny, was considered in antiquity a fabulous and quite mysterious country, full of riches, as perfumes, myrrh, and incense were traded there. After a twomonth journey by camel, the Egyptians would provide themselves with embalming oils for mummies that were supposed to chase away bad spirits as well as smells of putrefaction. In 600 BC the Babylonians bought incense there at the exorbitant price of one month’s salary per kg! It is also the land of the Queen of Sheba, who brought incense to King Solomon in Palestine. She had the windows of her palace covered with fine alabaster plates extracted from the mines of Marib, so translucent that through them she could see the birds flying. This head is part of a tradition called betyl of standing stones. In the Semitic language, beth’el means “House of God” and these statues initially depicted idols, then worshippers, and at the end they were corresponding to the image of the deceased. In the course of this evolution, the betyl came to be presented in a niche, which sides open, taking the image of a stylised face with a strong presence. It was not rare that they would be adorned with jewels. The statue in alabaster, shows a patina yellowed by time, still has large eyes inlaid with lapis lazuli and shells. The face, sculpted in the round, is perfectly symmetrical, with a low forehead and a straight, narrow nose, which only highlights the contrasts and slopes of the face. The eyebrows, now hollow, were at the time filled with black bitumen. The attractive hair left rough shows the ancient traces of the tools. The proportions are intriguing and at the end superb. One could ask: w as Picasso’s cubism so tr endsetting?