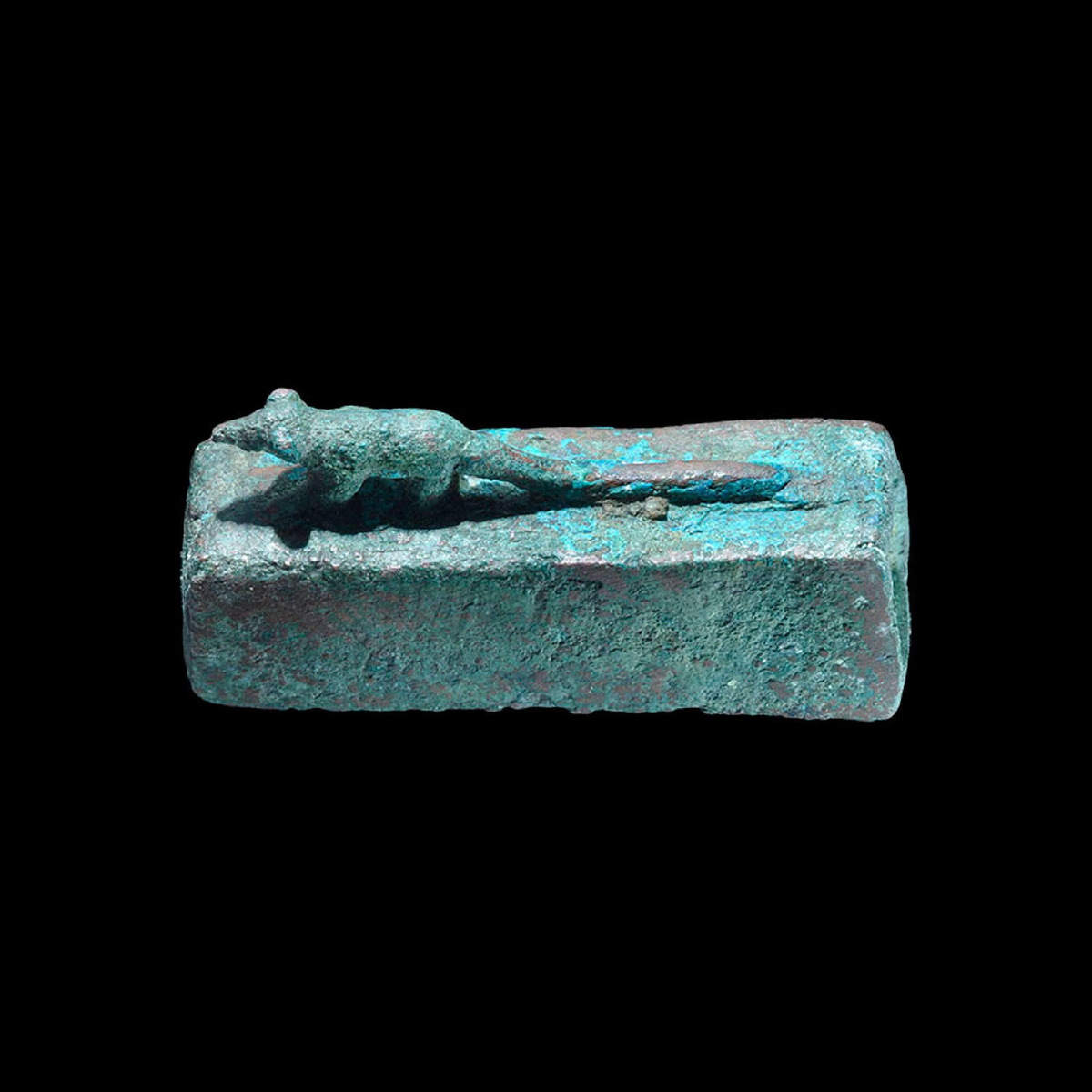 Small rectangular sarcophagus in bronze. A life size shrew in very high relief is depicted on the top of the sarcophagus lid. This insectivorous mammal is small and has a very long tail. This monolithic box is closed at its side by a sliding board set in place with grooves.

Shrews were often mummified. In Thebes, these small mammals were sheltered inside of tiny sarcophagi and carved into pieces of sycamore wood. They were often carved onto the top of wooden sarcophagi and were lavishly decorated in gold. The missing golden mummy which was inside was wrapped in small bandages and placed in the sarcophagus. During the Greco-Roman period, these mummies were placed into bronze sarcophagi which depicted a golden shrew on one of its sides. It is not known if this animal was revered as a domestic divinity or if it was simply worshiped as sacred, as cats would not try to capture it because of its strong odour. The shrew was also respected as it could be inhabited by a human soul to complete the journey to the afterlife.