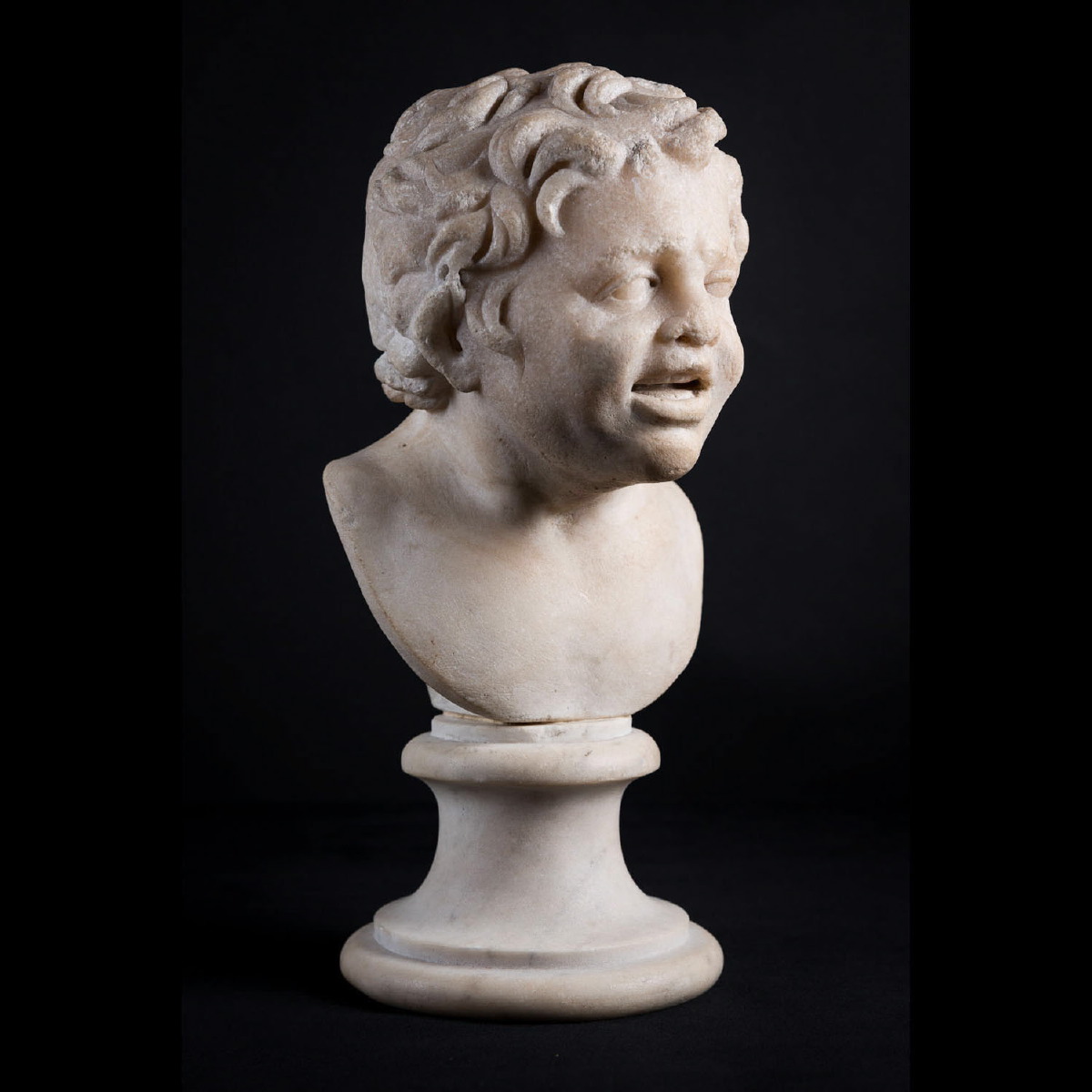 Young satyr in fine white marble with short hair, slightly pointed ears and the flat nose in accordance with the characteristics of the satyr. Set on a piedouche with diverse registers in white marble. Good quality of the work which is lively and pleasant to look at from the different angles.  Shows signs of erosion due to age.

The satyrs, like the Maenads, are the companions of the gods Dionysos and Pan. Hybrid characters, they are represented half-animal half-man, with pointed ears, sometimes crude features, a horse's tail and goat's feet. Creatures of exuberant sensuality and far from recommended behaviour, they are often depicted on vases, in the mosaics or in sculptures chasing after the nymphs to court them.