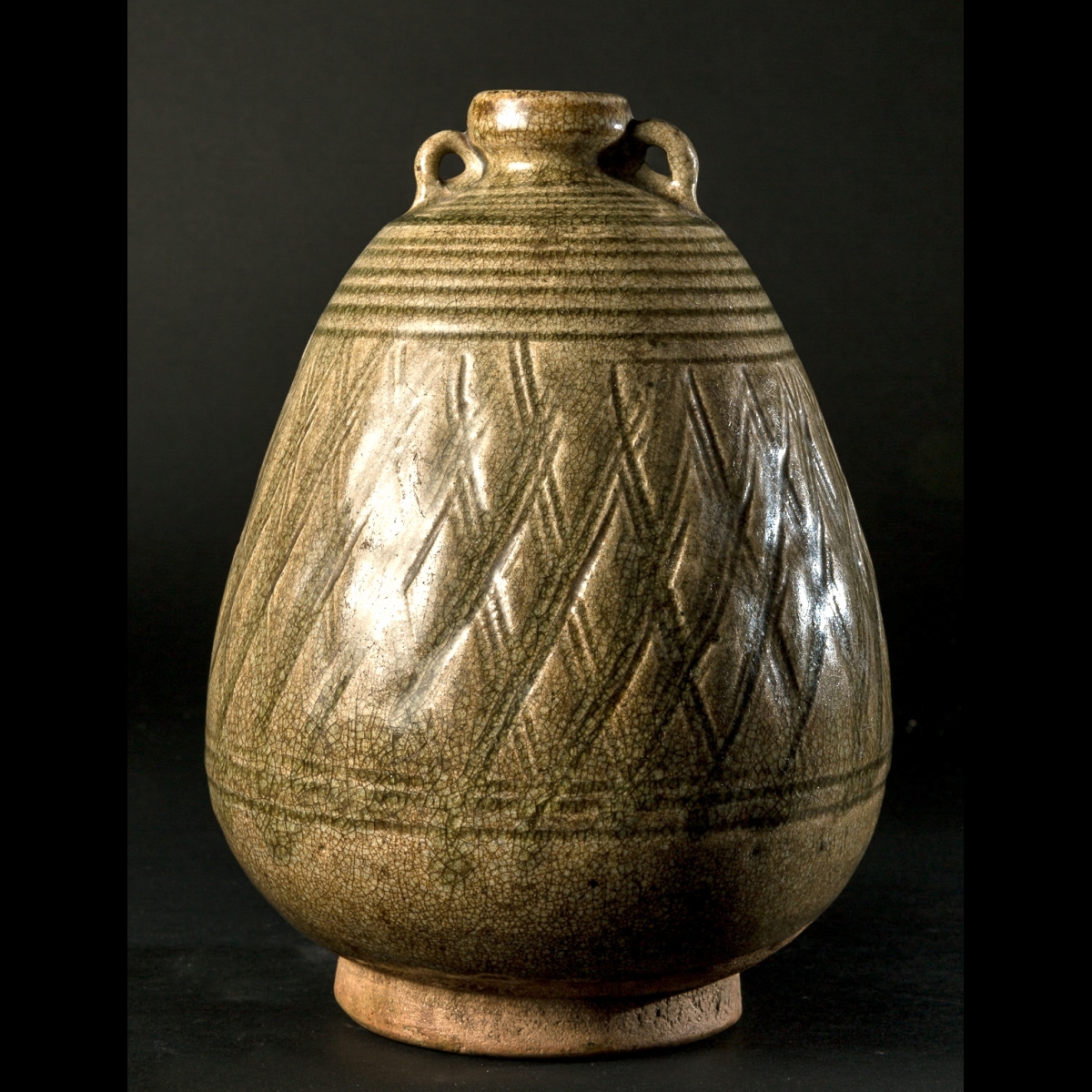 Pink sandstone bottle, bulbous in shape with a narrow neck. Two simple lines demark up to the shoulder where two other departing rings probably served to hold a cork in place. Green glaze, dark celadon typical of this era. Iron oxides were introduced in small quantities into the glaze at the moment of the reduction firing. This technique was very popular in Asia as it allows the artist to achieve the colour of jade. Perfect condition. This piece does not seem to have undergone any restoration

Founded in 1350 by King Utong who was of noble Chinese origin, the kingdom of Ayutthaya became one of the most influential areas in Southeast Asia. Theravasa Buddhism was the official religion of this kingdom. The capital of Ayutthaya opened to foreign traders, in fact the court of King Naraï forged strong links with Louis XIV. The city was ransacked in 1569 and eventually destroyed by the Burmese in 1767. Skilled Chinese potters also came and established famous kilns in Sawankhalok. Known for their avant-garde techniques, these ceramics were sought after from the 14th century.