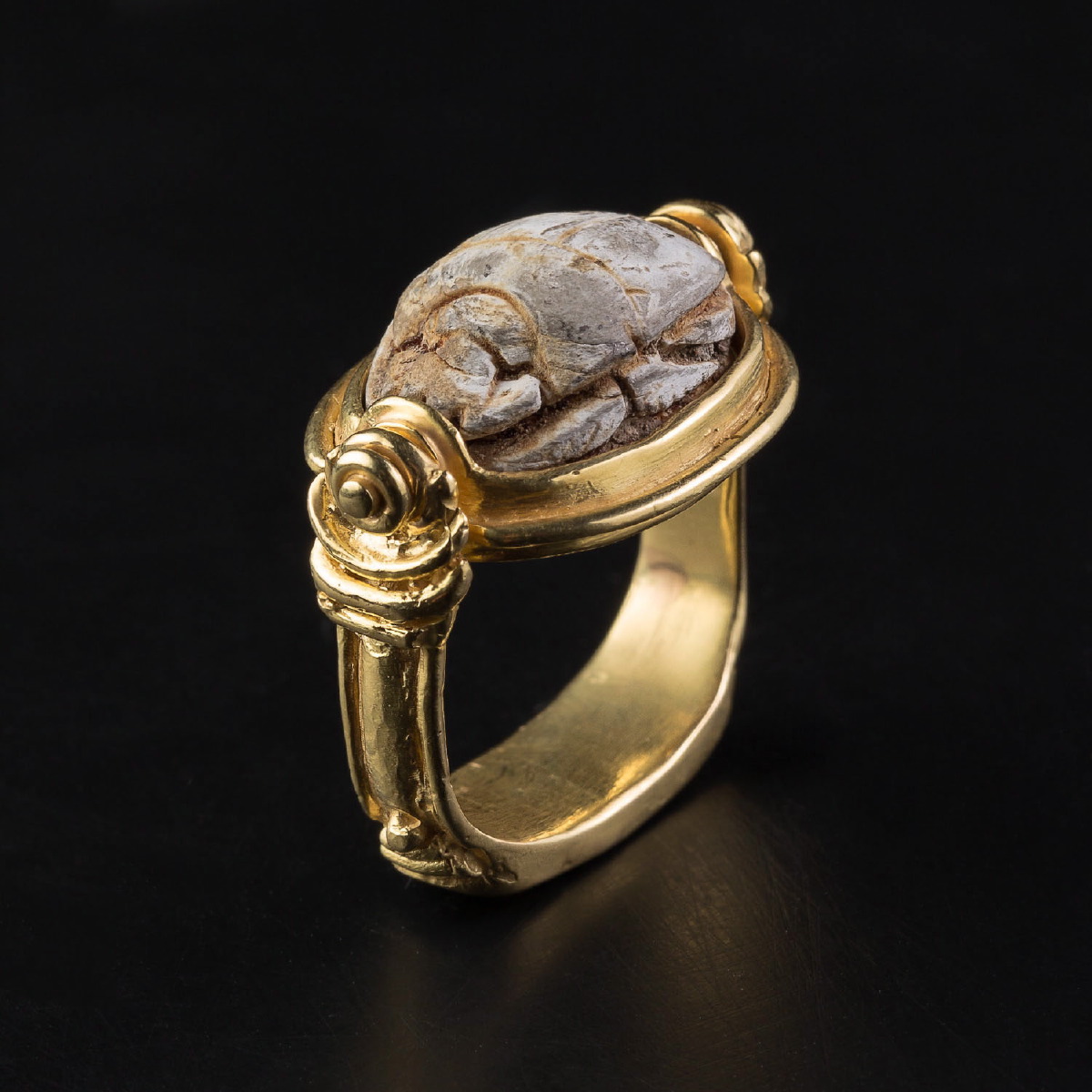 A steatite scarab, set in an 18-karat gold ring. Traditional design of ancient rings, reversible to be able to read the engraving on the scarab.

Scarab Beetle (kheper) Appearance: The particular species of beetle represented in the numerous ancient Egyptian amulets and works of art was commonly the large sacred scarab (Scarabaeus sacer). This beetle was famous for his habit of rolling balls of dung along the ground and depositing them in its burrows. The female would lay her eggs in the ball of dung. When they hatched, the larvae would use the ball for food. When the dung was consumed the young beetles would emerge from the hole. Meaning: It seemed to the ancient Egyptians that the young scarab beetles emerged spontaneously from the burrow were they were born. Therefore they were worshipped as "Khepera", which means "he was came forth." This creative aspect of the scarab was associated with the creator god Atum. The ray-like antenna on the beetle's head and its practice of dung-rolling caused the beetle to also carry solar symbolism. The scarab-beetle god Khepera was believed to push the setting sun along the sky in the same manner as the bettle with his ball of dung. In many artifacts, the scarab is depicted pushing the sun along its course in the sky. During and following the New Kingdom, scarab amulets were often placed over the heart of the mummified deceased. These "heart scarabs" were meant to be weighed against the feather of truth during the final judgement. The amulets were often inscribed with a spell from the Book of the Dead which entreated the heart to, "do not stand as a witness against me."