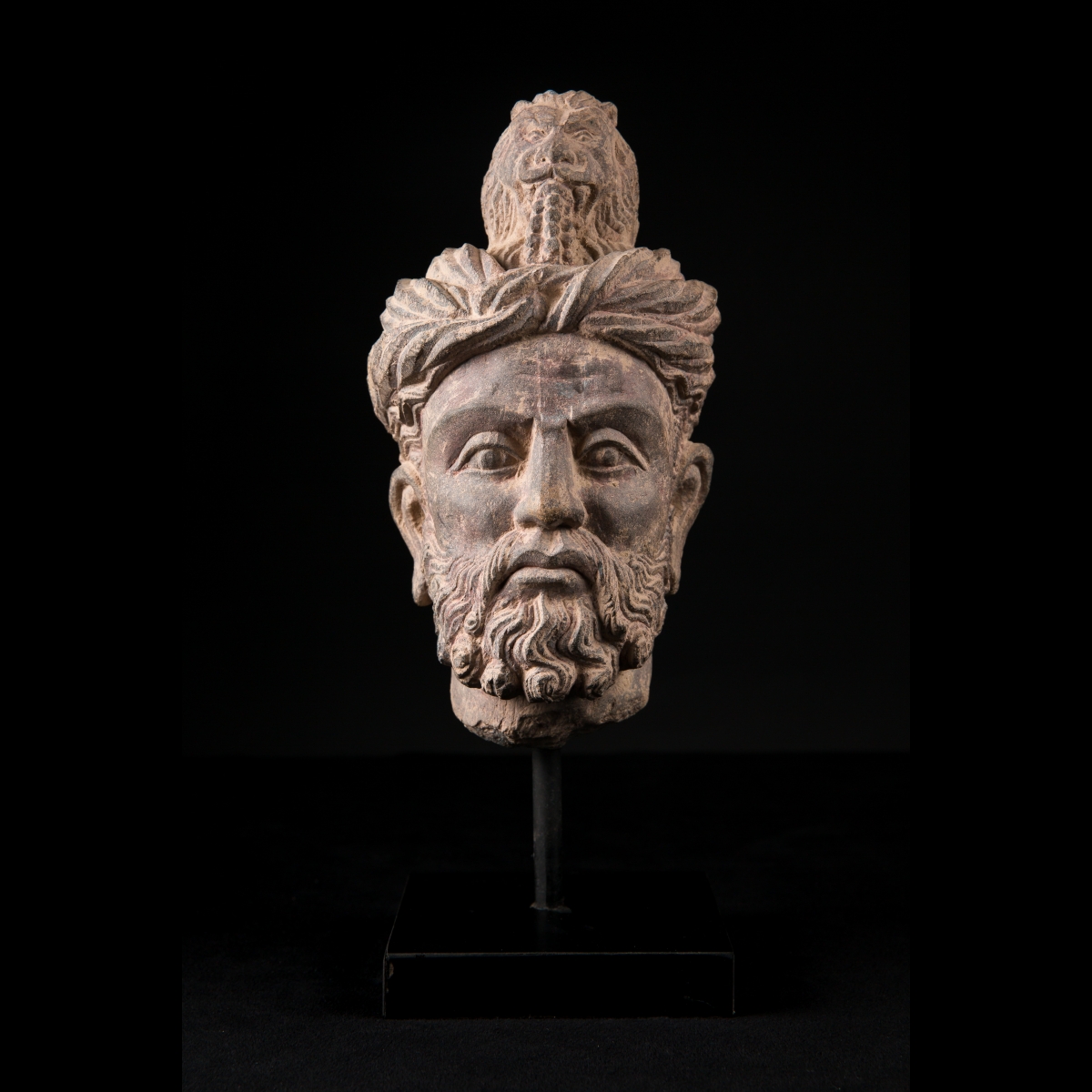 Head of a man with piercing eyes. The man wears a turban that is surmounted by the head of a lion with a beautiful mane that spews strings of pearls from its mouth. The face is sculpted in the round in grey schist from the valleys of Pakistan or Afghanistan, and has typical Western facial features with large eyes and a hemmed mouth. The man has a beautiful curly beard and a long Indian style moustache. Excellent state of preservation. No visible restoration. Small gaps and signs of erosion. Excellent craftsmanship.

The lion has always been regarded as a symbol of strength, courage and majesty. Although the Persians employed these creatures in large quantities during the Sassanian period in particular, it seems that this iconography with a head of lion and its generous mane refers rather to the influence of the ancient Greeks. In Greek tradition lions were dedicated to Cybele, who used them to pull her chariot. There exists a representation of Alexander the Great with the head of a lion fixed on top his head. The art of Gandhãra was born on Indian soil in service of the Buddhist religion. During the Kushan period, this art appropriated iconographic elements drawn from the religious repertory of Buddha and skillfully combined them with the sculptural techniques imported from Europe by the Greek soldiers of Macedonia and then Bactria, who composed the armies of Alexander the Great.