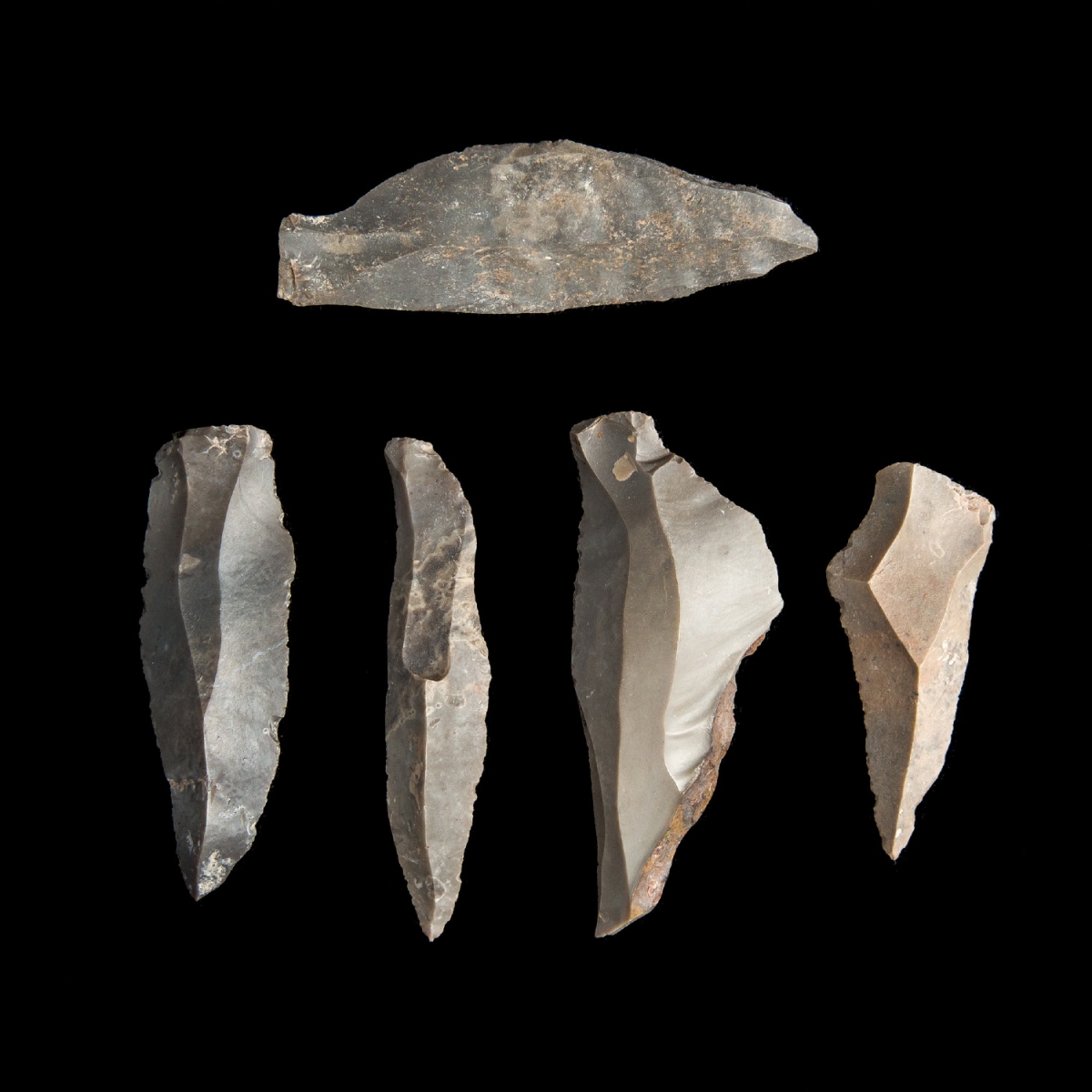 A group consisting of five flint-cut tools with vitreous chips, including chisels, blades and a drill. The flints are composed of a very hard siliceous sedimentary rock generally consisting of close to pure chalcedony and impurities such as oxides and quartz, which determine the colour. Flint is formed from seawater or in silica-saturated lakes as a result of eruptions from volcanoes. Due to its ability to split into sharp edges (known as conchoidal breaks), flint was used very early on by man for the manufacturing of tools. With percussion, rocks rich in iron or an iron tool can also produce the sparks required to make a fire. Excellent state of preservation. Fine design of the edges.

The presence of hominids in Andalusia dates back to the Lower Palaeolithic period. The main settlement areas are located in the Upper Guadalquivir area and south of the Sierra Morena. Both of these areas were important communication routes for hunter-gatherers. Following this period the Neanderthal man experienced climatic upheavals, which led to the use of caves, as seen in Gibraltar and Pinar. With the glacial retreat, the Homo sapiens settled all over Andalusia, developing a widely reputed rock art at the same time as a lithic industry.