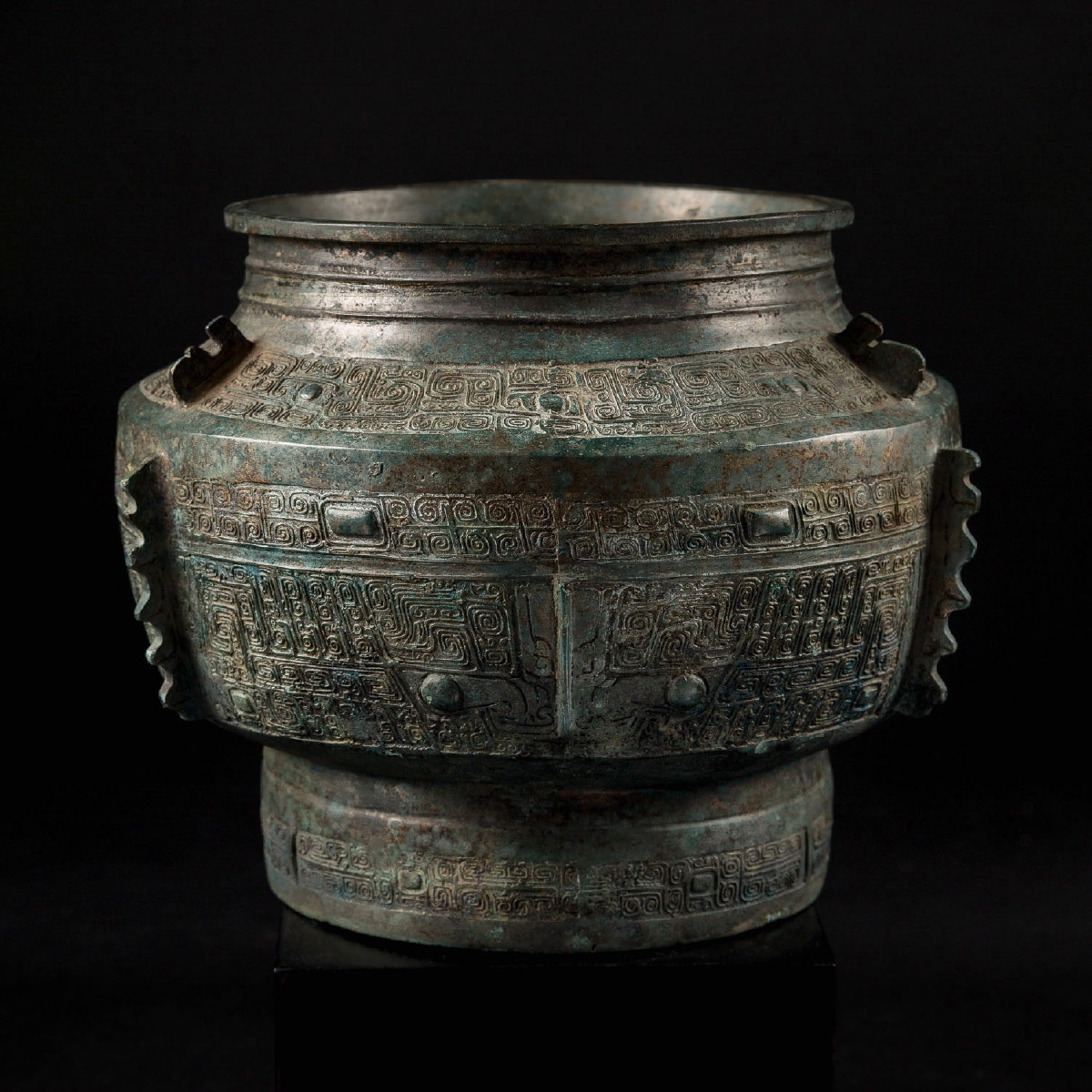 A rare silvered-bronze vase of excellent quality, showing a light green patina due to the presence of cuprite. The grey shiny light of the vase is due to the presence of silver. The piece was made using the mould casting technique. The vase rests on a tall engraved pedestal foot. The body of the vase is flat, and bears two registers of very finely worked Leiwen motifs, as well as on the shoulder. Each register is divided into three repetitive elements displayed around a central Taotie motif, and separated by a vertical element with zigzag edging. The mouth of the vase is very wide. Excellent state of preservation.

This silvered ritual vase is a rare piece of an extremely good quality. The precision of the relief is quite remarkable, confirming that it belonged to an aristocratic family. They were used to present rice and millet during the last banquet. Nipple-like motifs can be seen, combined with very accurate thunder designs that are composed of rectangular spirals, called Leiwen. Three contorded dragons, the taotie, are placed equidistant and symetrical on each register. The base which is also decorated, has a very stylish finish. It is now asserted that the first technique of casting did not come from the Middle East or Europe, which relied on annealing, cold working and hammering for more than 3500 years, but from northern Mongolia. For more than 1500 years, Chinese people made bronzes using the piece-mold technique, a method with no parallel in the Ancient world as the ceramic molds are carved with sophisticated registers assembled around an interior clay core. Molten bronze was then poured into the space left. Once cooled and hardened, it was separated from its clay core, which had to be broken. The bronzes built with this method are still considered more beautiful and rarer, as the core being used only once produced designs always very fresh. Only after the 5th cent. BC did the Chinese start using the lost wax method even if up to the Han dynasty most great quality bronzes were still produced using the old method.