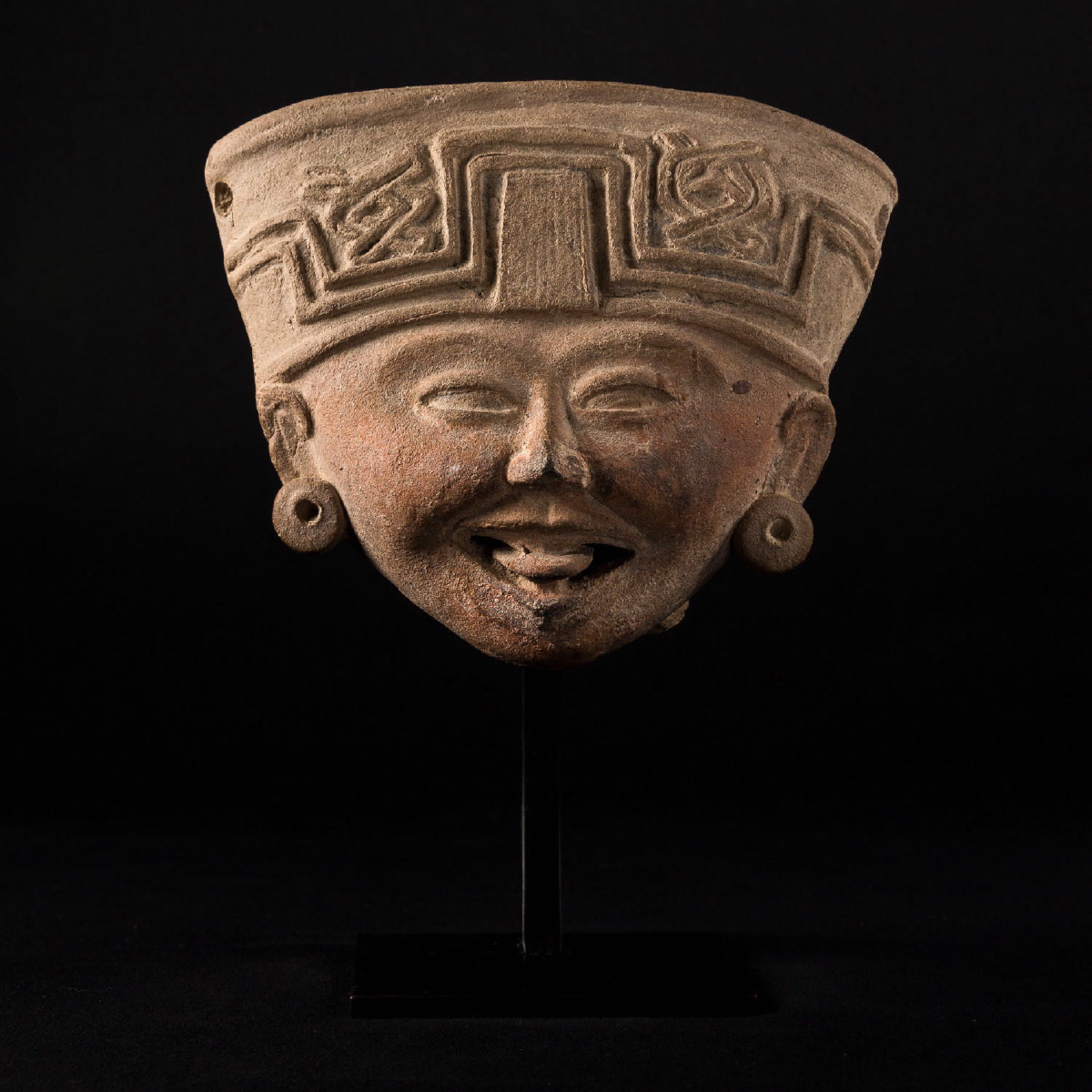 Smiling face in light brown terracotta showing a face with the mouth wide open, the tongue sticking out, the eyes half closed. Traditional earrings and a classical hairdress decorated with geometrical design. Old patina, traces of soil and lime. Good state of preservation.

The smiling statues probably represent human beings under the influence of hallucinogenics. The old name of the Totonac city has been lost and it is now called “El Tajin”, meaning “thunder” or “lightning” because of the frequency of thunderbolts in this area. Some centuries before our era, some tribal groups climbed back up toward the high plateau of Mexico where they founded Teotihuacan. They created from the beginning of the fist millenium a new center of influence in the Tajin and Lagunille regions. This culture, well known under the generic name of Totonac, developped from 300 AD onwards, the golden age being between 800 and 1100 AD, when it disappeared.