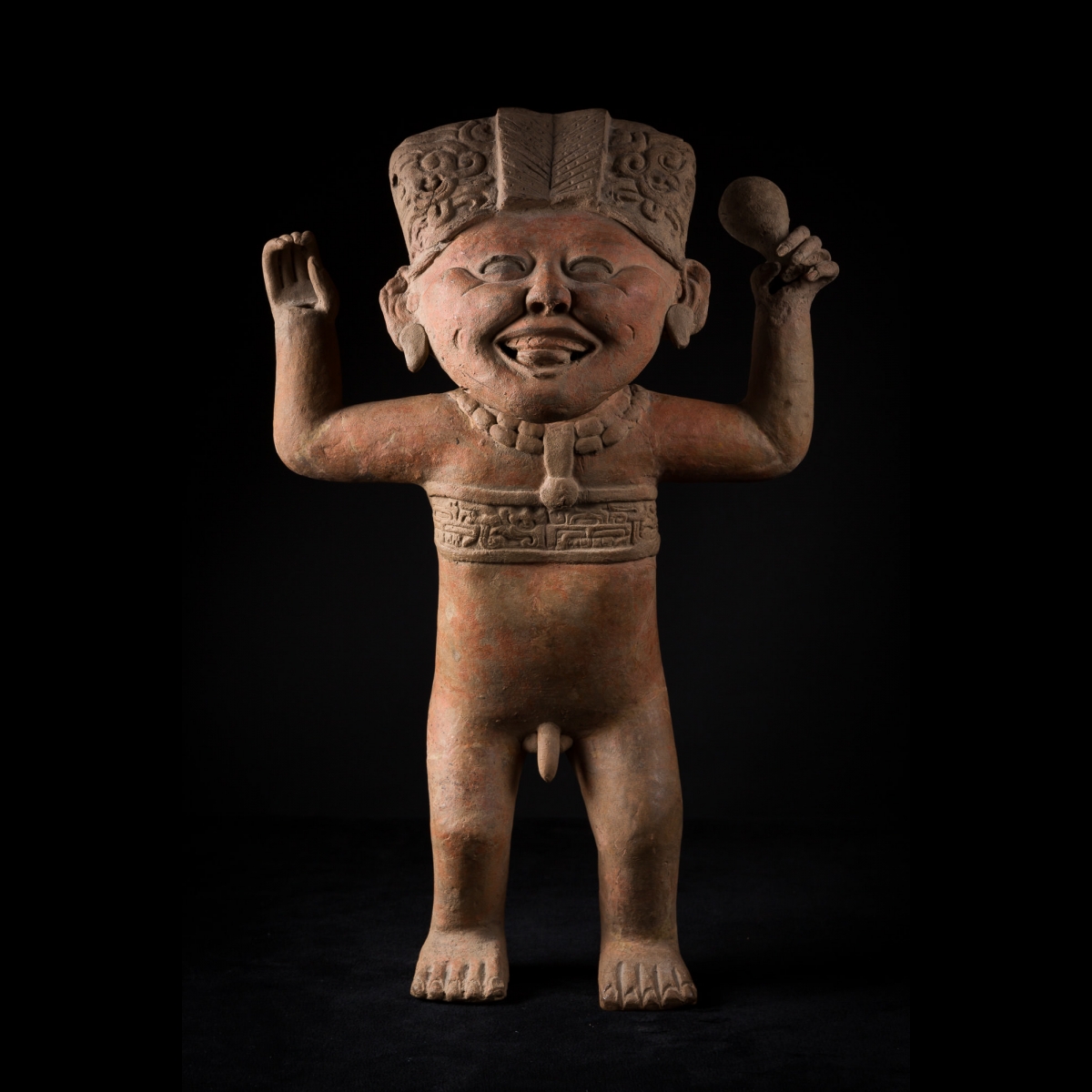 Statue of a large anthropomorphic figure, depicting an upright smiling priest, holding a rattle in one hand. The figure is naked and wears on its chest a band with glyphic adornment. Its smiling face may be under the effect of a hallucinogen and is surmounted by a cap covering the ritualistic cranial deformation with patterns in the form of glyphs. The mouth is ajar, suggesting a precious stone lies within it as a sign of eternal life. Orange and beige terracotta. This piece of beautiful size can be classified in the corpus of the largest of this type. Good state of preservation, with restorations of use. Breakings and restorations do not exceed 10% of the total surface area.

It is believed that hollow ceramics depicting men and women in brilliant laughter can be closely linked to music and dance. Their production is often located in the southern centre of the state of Veracruz, in the region between the Blanco and Papaloapan rivers. Often called "smiling figures", these ceramic statues constitute exceptional works as much by the human feeling they express as by the control of their execution As the debate regarding their significance progresses, the idea of these peoples participation in rituals and ceremonies dedicated to the goddess Tlazolteoti (a symbol of vital energy and the regeneration of life), is strengthened. Dancing, laughing, music, singing and drunkenness would be involved during these gatherings. The presence of the rattle and the codified dance posture of this figure reinforce the relevance of this thesis.