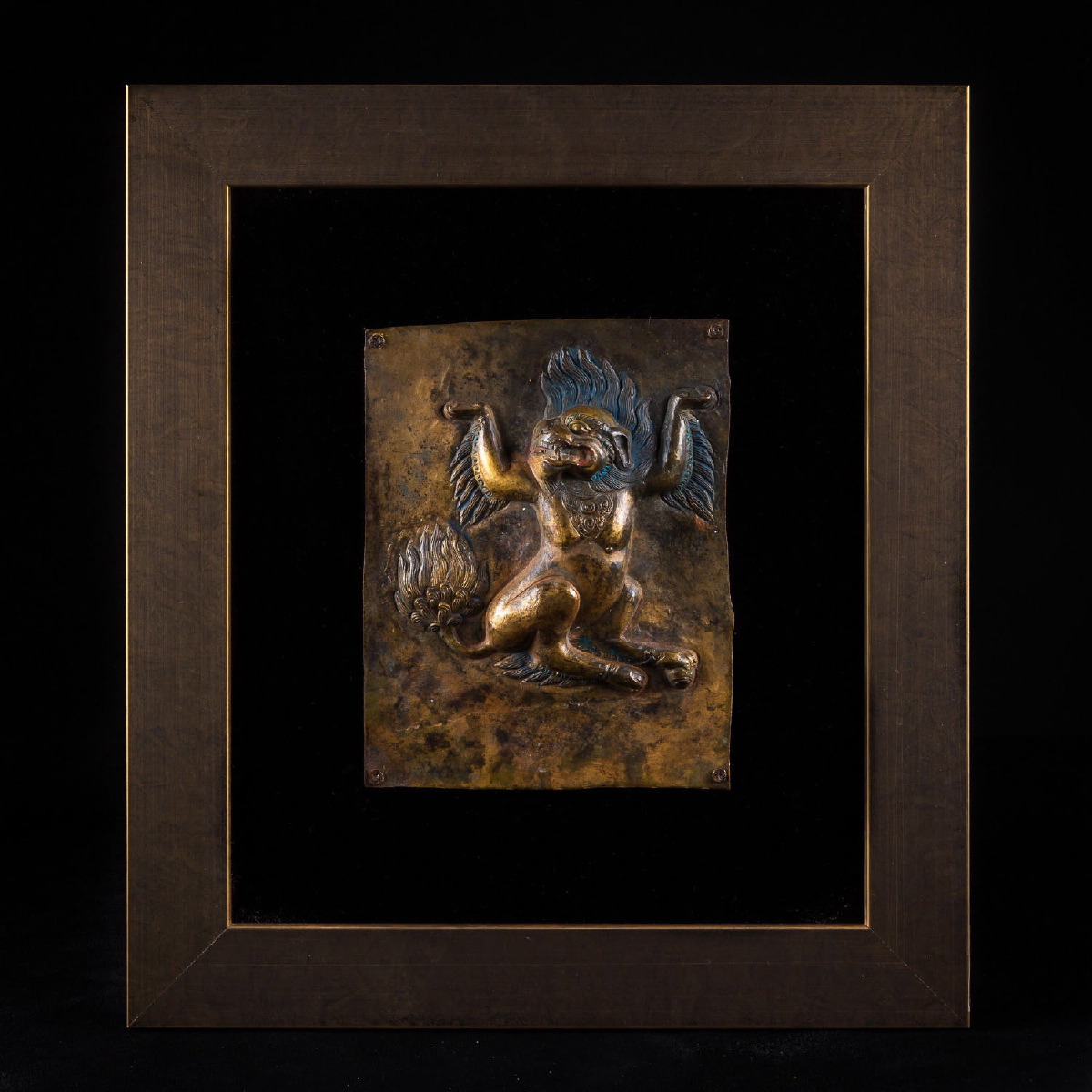 Rare rectangular plaque of gilded copper with, in relief, a lion sitting on its back legs and raising its front legs toward the sky. The hair of the mane and on the tip of the tail is represented by flames with highlights of blue paint. It wears a necklace around its breast. Its face in profile is turned to the right. Excellent state of preservation. The object is displayed in a frame.

This impressive Snow Lion is embossed in relief on a gilded copper plate. Raising its forelegs to the sky with great energy, it is said never to touch the ground, although it doesn’t fly either. Its bristled mane as well as the end of its tail are drawn to resemble flames and still have remains of paint. The body should have been as white as snow and its mane and the curling hair on its paws should be blue or green. Thanks to a necklace on its chest, we know that we are not in front of the portrait of an animal but in front of the embodiment of a divinity. The lion is a sacred animal in many cultures: magnificent ones can be found on bas-reliefs from Mesopotamia and Egypt, on Greek and Persian tombs, and in India. In Tibet, the Snow Lion is a legendary animal that joyfully represents the values of courage, embodying the force that dominates the mountains. This Snow Lion, shown here bounding and vigorous, is along with the dragon, the tiger and the eagle Garuda, one of the four dignities of the Shambhala path, and resides in the East, where it represents unconditional joy and serenity of spirit. Naturally benevolent, it makes sure to teach lessons in virtue and the discipline of placing others before oneself. Buddha’s throne is often carried by eight snow lions representing the eight historical disciples of Buddha. This object of the Tibetan cult communicates a sense of invincible strength proper to the most handsome Snow Lions.