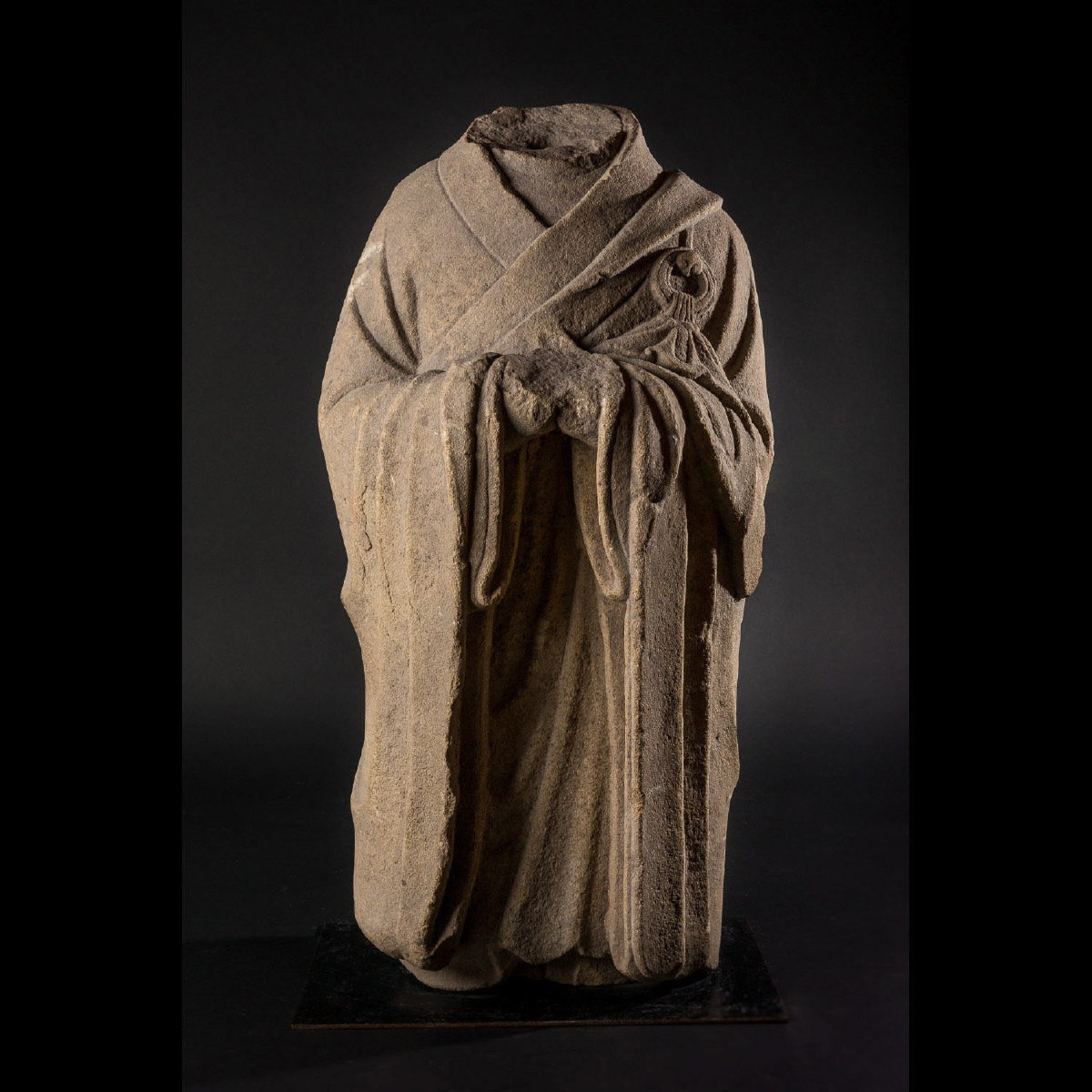 Acephalous statue of an official standing with hands joined, made of dark sandstone sculpted in the round. He is wearing a gown and a traditional beizi, as well as a brooch on his right breast. The head was held in place by a dowel, the hole of which is still visible. The statue is made of sandstone, a detrital rock made from the agglomeration and cementation of grains of sand. A material often used under the Song dynasty. Good state of preservation. Head and offerings are missing.

The Song dynasty comprises two distinct periods, one dominating mainly Northern China (960-1127) and another that saw its power moved to the South (1127-1279). The Song had to defend themselves from several invasions: first by the Jin Dynasty in the north, itself chased out by the Mongol Empire of the Khans in 1234. Then, in 1279, the Mongol Yuan dynasty took power and once again unified China. To confront these conquests, the Songs had developed an important military fleet and invented gunpowder. Despite all the upheaval, life in that era was very rich, as much spiritually and intellectually as economically.