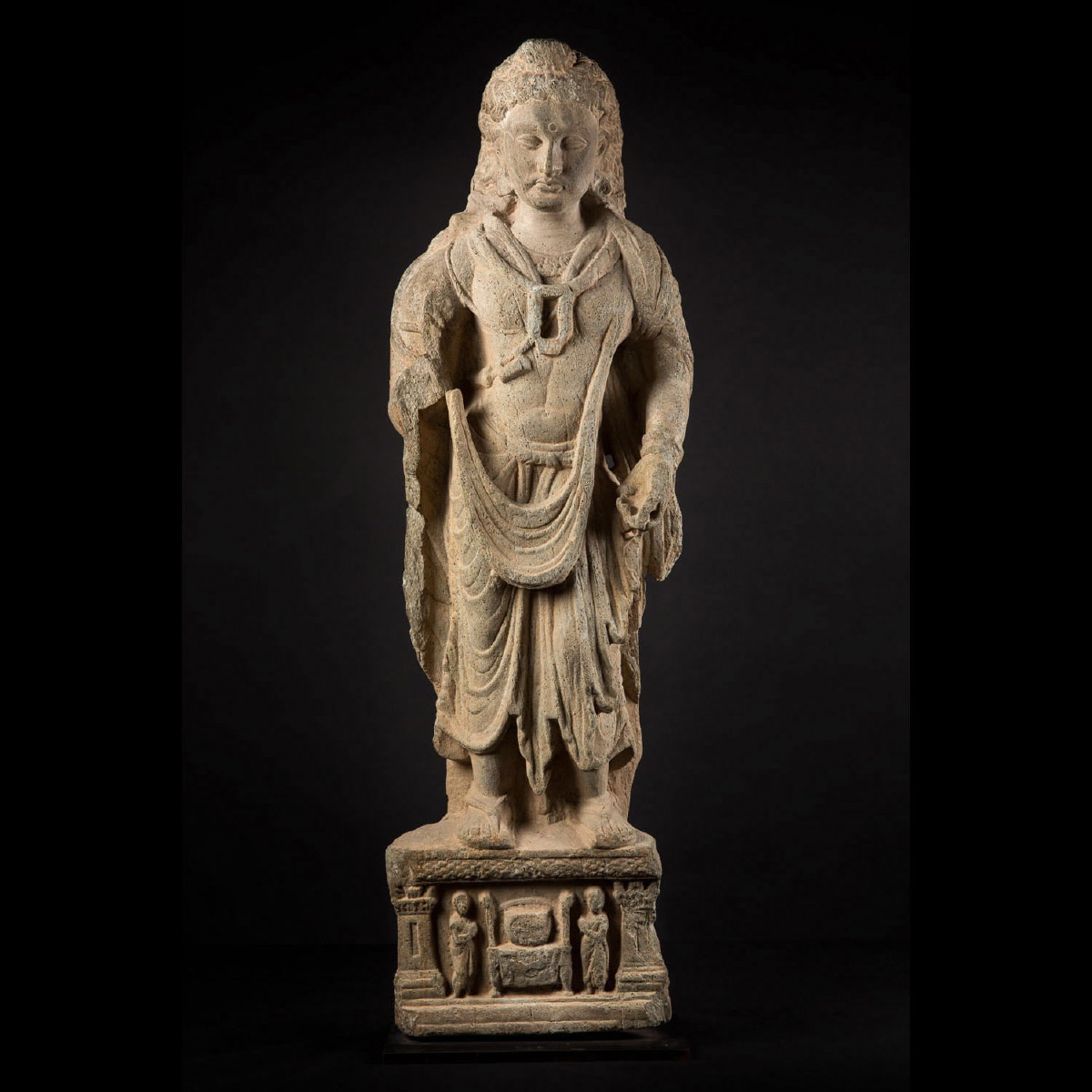 Great Bodhisattva Maitreya carved in grey shale, wearing the draping paridhâna, maintained by an uttariya belt. He wears the complete attire of the Bodhisattva: earrings, bracelets, cuff, collar and flat reliquary. On the top of the skull the ushnisha, symbol of wisdom, is composed of a bun with loose hair in the Greek fashion. Presence of the urna between the eyebrows. At the base of the sculpture, a frieze with two worshippers standing on each side of the charity vessel. Good state of conservation. Scratches, scattered shortages due to age, ancient repair to the head.

Maitreya, meaning "benevolent" in Sanskrit, is one of the most represented sculptures of bodhisattva in Greco-buddist art. It occupies a special position among the Bodhisattvas of Virtue that a prophecy has designated as the "Buddha of the Future": As a prince, he is a Buddha of love and harmony that will help the world to move towards the awakening. He usually appears radiant while he is holding in his left hand the nectar of Dharma. The art of the Gandhâra, born on Indian soil and in the service of the Buddhist religion, uses iconographic elements drawn from the religious repertory and artfully combines them with the sculpting techniques introduced by the Greek soldiers from Macedonia and then from Bactria, who had followed Alexander the Great. It was in that period that the first human images of Buddha appeared, adhering to the Greek beliefs that held the gods to be men and showing theological changes that reveal a new need for devotional images as a spiritual support.