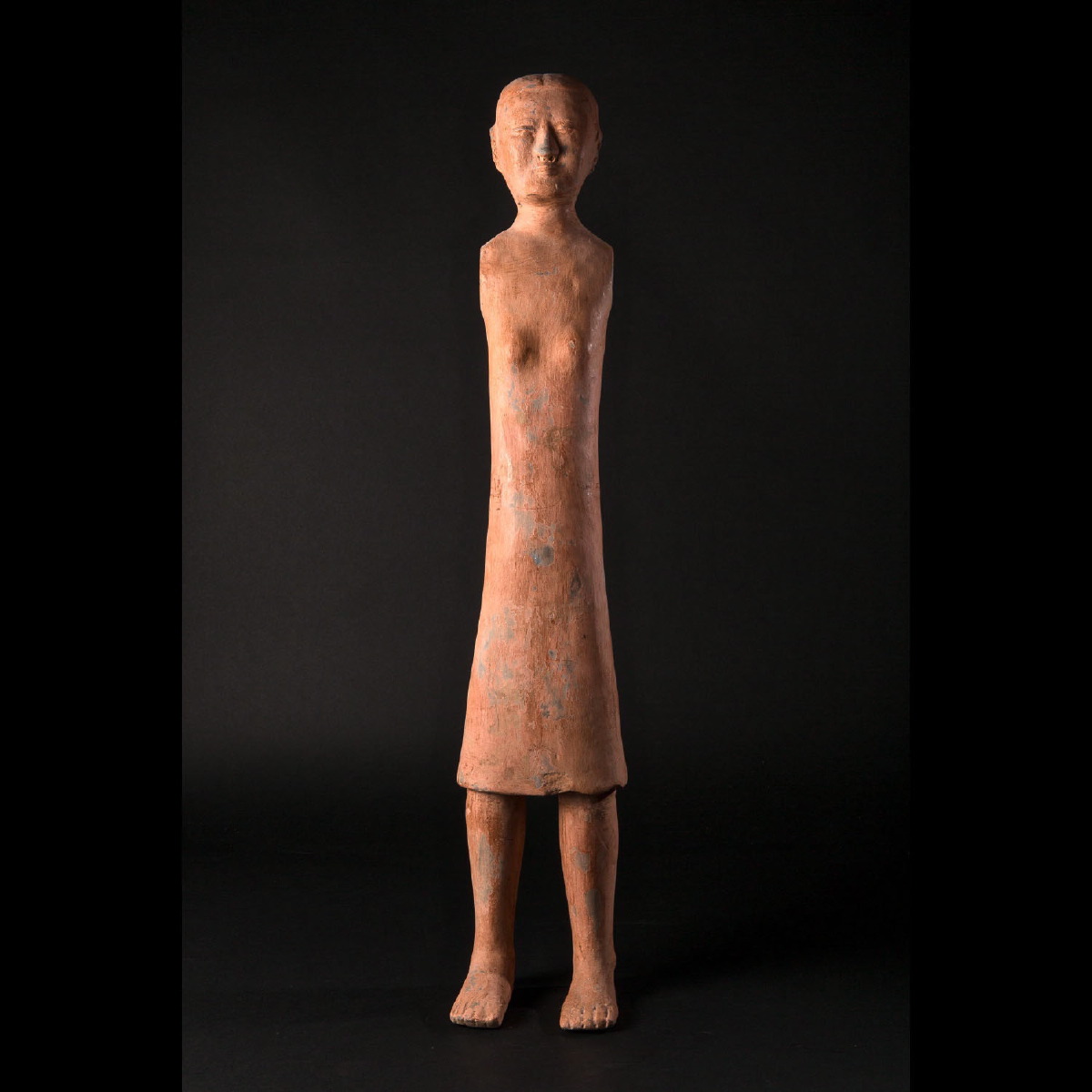 Grey clay figurine covered with an orange slippery made of coloured pigments representing a lancer standing on his feet. The statue was made up of several different elements. The missing shoulders and arms must have been executed in a perishable material, probably wood. The arms were inserted into the two round holes seen at the top of the trunk. These figures were dressed with silk clothing. The head was usually made separately and then fixed on the body. Excellent state of preservation. A similar statue, see Jing Di tomb, 3 Rd Han Emperor in Xian.

These figures also called Yangling, a place where many of these statues were found, are usually attributed to the western Han dynasty. They are ritual figures serving to protect the deceased, and they usually represent lancers. While the bodies were produced in series, the heads were usually representing accurately existing individuals.