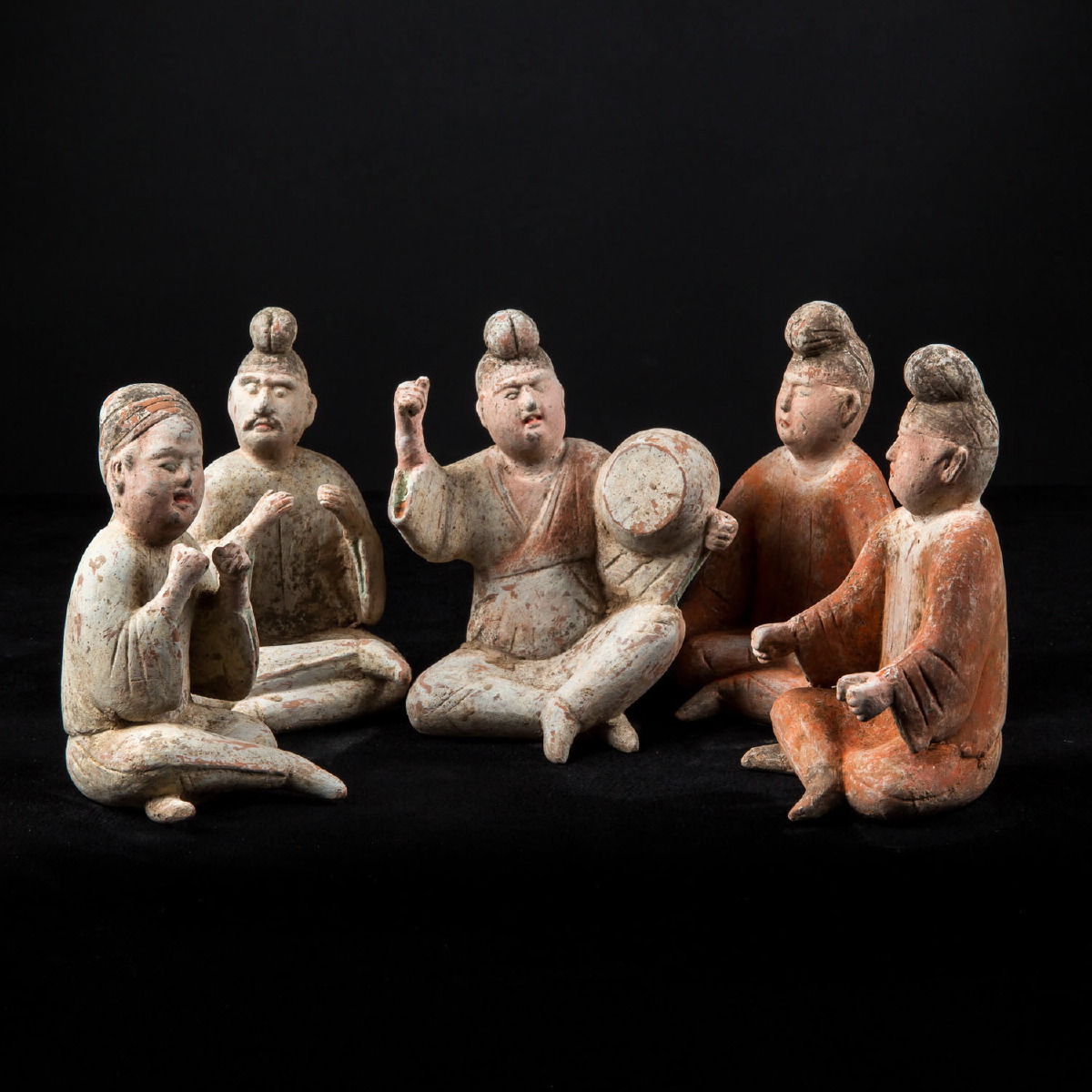 Set of five storytellers statuettes, moulded in an orangey beige terracotta, covered in a white slip and showing visible remnants of orange paint. All figures are sitting cross-legged each with their hands in different positions. One is shown playing a drum. Each face is different, and their moustache might confirm their Uyghur origin. Some of the figures seem to be singing or speaking. Four are wearing a high chignon placed high on top of their heads, a typical style amongst the merchants who frequented the Silk Road, while the fifth figure is wearing a kind of turban. They are wearing wide sleeved tunics over trousers with pleats drawn through small incisions according to the barbaric fashion of the time. The drum player is the only one wearing a crossed tunic. Possible ancient repairs. Very fine condition.

The Tang period is reputed for having produced over 50,000 sung poems, thus becoming one of the most prolific periods in the history of ancient China. Poets could belong to any social class and be of any age; imperial, official, monastic, farmer or fisherman, anyone could become an artist. The themes of these poems varied greatly and included; politics, military events, the beauty of nature, portraits of everyday life and love stories. Some poets remain famous such as Li Bai, Du Fu, Wang Wei. There is a certain debate in determining the share of Chinese heroic poems which were born from primarily oral narratives, such as the bards of ancient Greece like Homer.