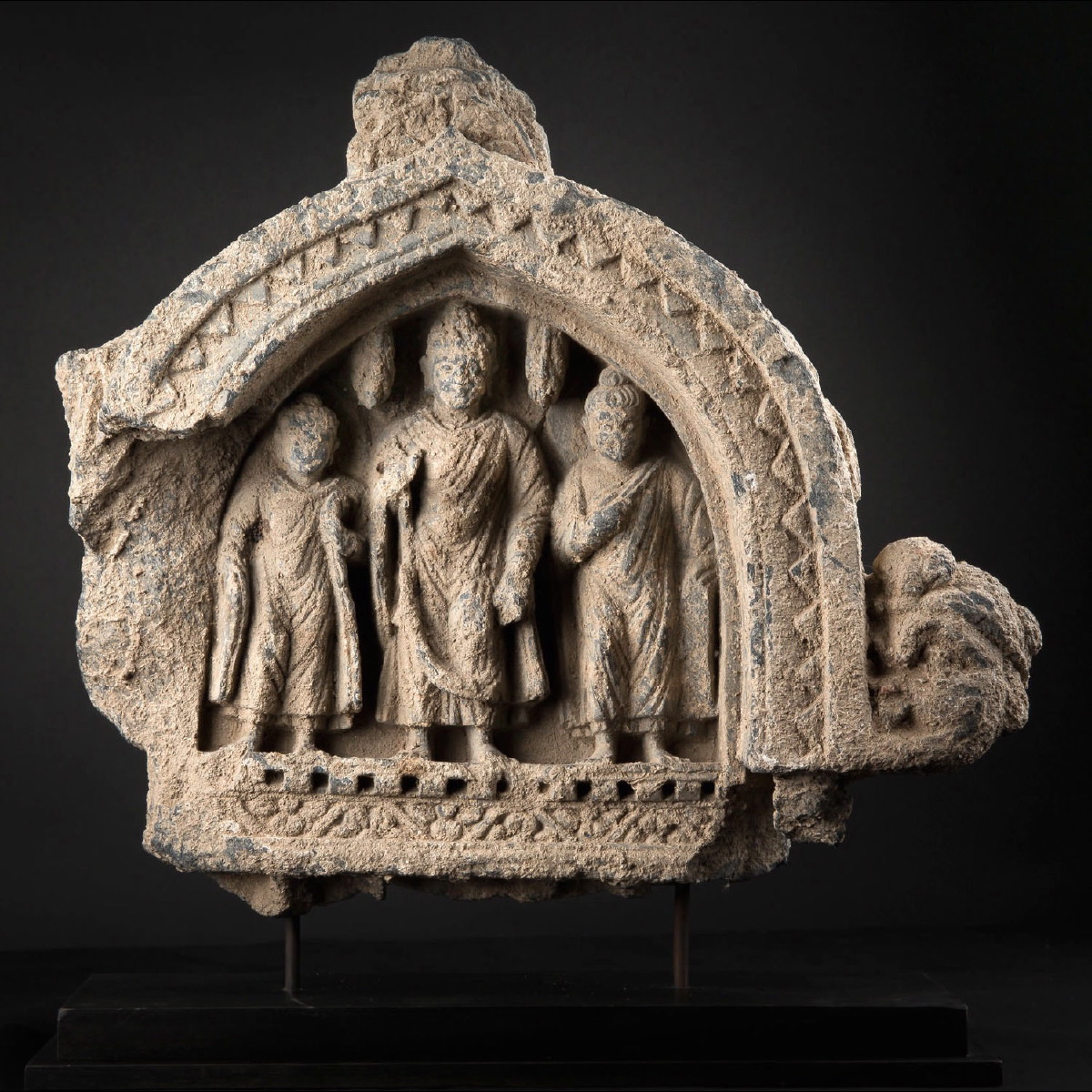 Top of a caitya stupa in dark grey shist featuring a standing Buddha surrounded by two disciples in a ribbed-arch niche bearing a frieze with a motif of spikes and surmounted by a rosace. Some missing bits, no visible restoration, limescale and erosion due to age.

The stûpa, a symbolic Buddhist edifice, is a sacred tumulus, a tomb, a relics chapel and a shrine. In the art of Gandhara it is often richly decorated with friezes recounting the life of Buddha. It is thus customary to represent Buddha surrounded by his attendants whose role was to deliver his messages, to prepare his seat or his bed and to meet his everyday needs. There were many attendants of Buddha but the most famous among them was Ananta, a cousin of Buddha, particularly appreciated for his diligence and his devotion. The art of the Gandhara, born on Indian soil and in the service of the Buddhist religion, uses iconographic elements drawn from the Buddhist repertory and artfully combines them with the sculpting techniques introduced by the Greek soldiers from Macedonia and then from Bactria who had followed Alexander the Great.