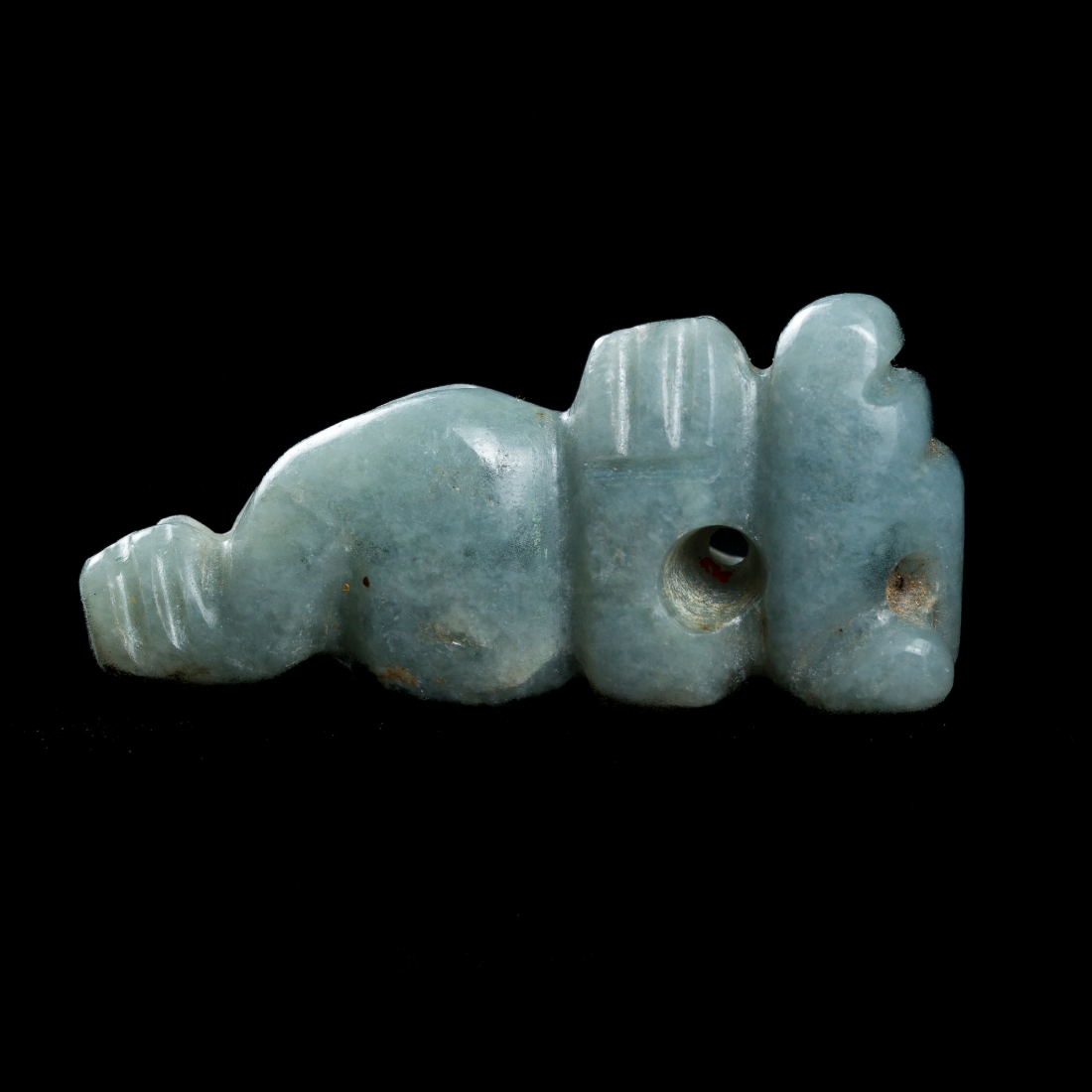 Talismanic pendant depicting a man with the features of a sarigue, his hands clasped on his chest in a symbolic gesture. It has a transverse conical hole for suspension made with a primitive bit. The Indians worked Pre-Columbian jade, which is much harder than Chinese jade, with string saws and sand. Light green jadeite with bright and aquatic polish. Exceptional state of preservation.

Costa Rica was one of the major centers for the work and use of jade in Pre-Columbian America. It is believed that the emergence of jade work is linked to a hierarchy of society. Jade, which had more value than gold, was reserved for the elite and highest aristocracy, who carried it during their lifetimes and placed it in their tombs. The people also wore more rustic jade, in the form of pebbles, as a sign of belonging to a specific clan. It was used more in the South than in the North where gold was preferred, however from the "flourishing" period, people began wearing both together. The prestige of jade was also due to the scarcity of its deposits. The most important was located in Guatemala in the valley of the Motagua River.