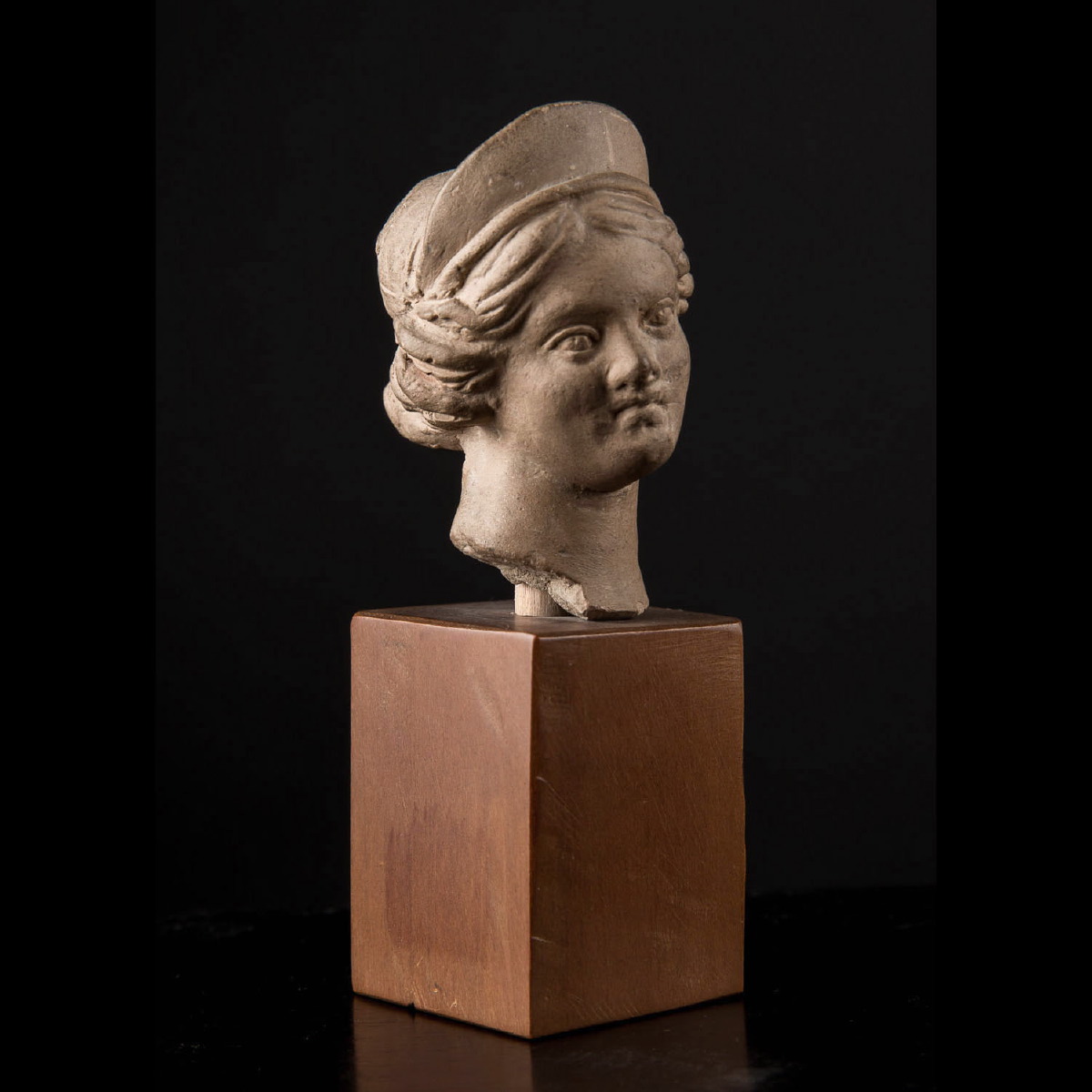 Lovely small female head moulded in beige terracotta and fixed on a base. The face is thin, wearing a tiara on a low rolled chignon bun. The technique used for hollow moulding uses a mould for the front and often a simple shape for the rear, making it possible to manufacture parts in three dimensions and on a larger scale. The simple mould process was developed in Mesopotamia and south-western Iran towards the end of the 3rd millennium. The hollow moulding, or bivalve, was introduced in the Levant and the Greek world towards the 7th century BC. Excellent state of preservation, good even patina.

This type of female representation destined for funerary rituals was born in Attica in the 4th century BC. The iconography, hitherto limited to divinities, was widened to address new themes such as figurines of actors, veiled women and children. From them on, coroplasty workshops created their own canons and diffused them through the use of moulds throughout the Greek and Hellenized world. This style of figure is called Tanagra, in reference to a city of Boeotia, which produced exceptional batches of these statuettes at the end of the 19th century.