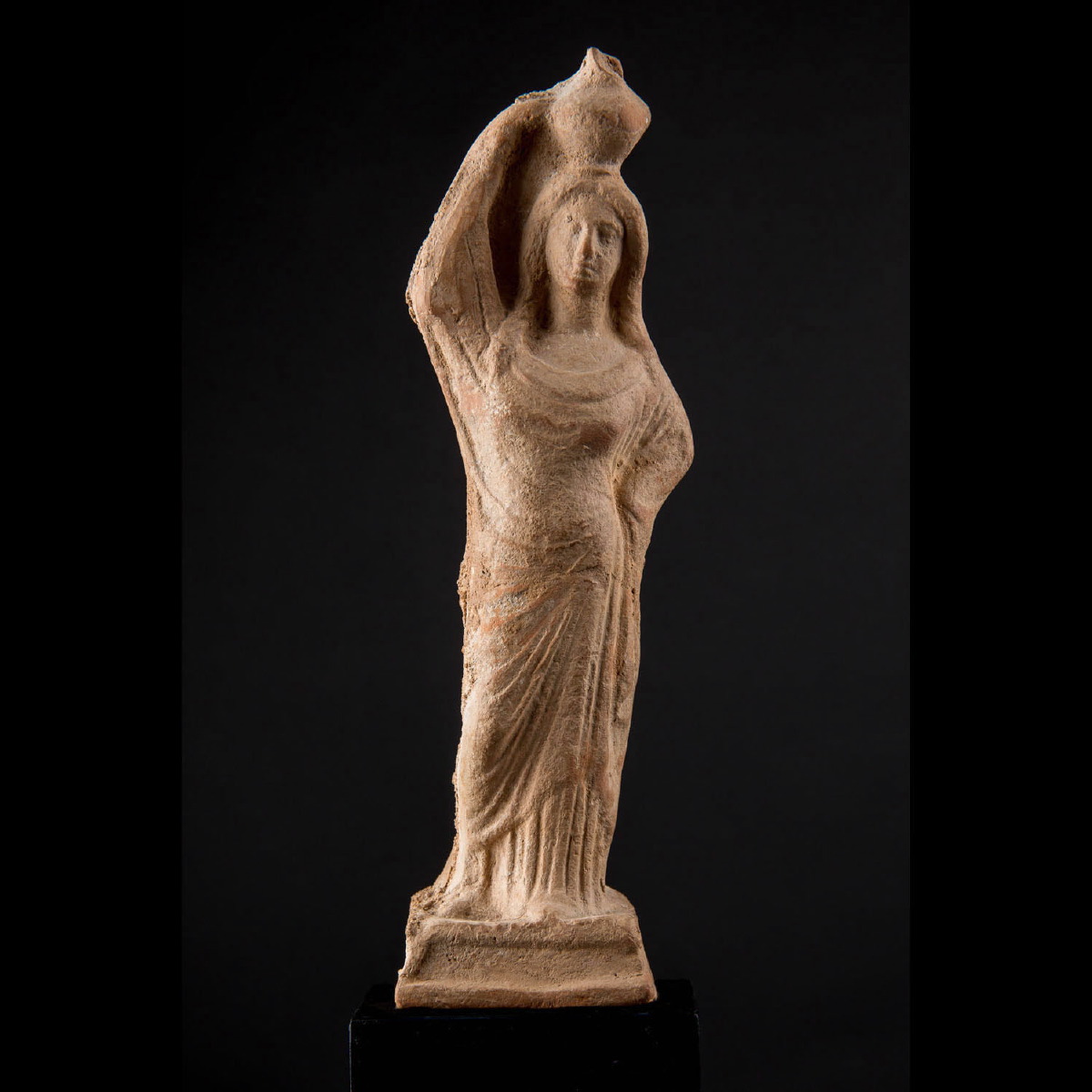 Statue of a simple and graceful woman carrying a vase atop her head, moulded in orange terracotta. Long himation dress and sets of draped moulding highlighting the feminine form of the statuette. The technique of hollow moulding uses a mould for the front and often a simple shape for the back, making it possible to manufacture parts in three dimensions and reproduce them on a large scale. The statuette was then hollowed out. Perfect state of preservation.

Tanagra, which lends its name to a mythical nymph, became the main city of Boeotia from the 4th to 3rd century BC, following the fall of the nearby Thebes. The Mycenaean necropolis of Tanagra was home to numerous sarcophagi and statuettes depicting patricians, dancers and children. The hollow or bivalve moulding was introduced in the Levant and Greek world towards the 7th century BC in order to achieve better firing. Consequently, coroplasty workshops created their own models and distributed them throughout the Hellenized Greek world.