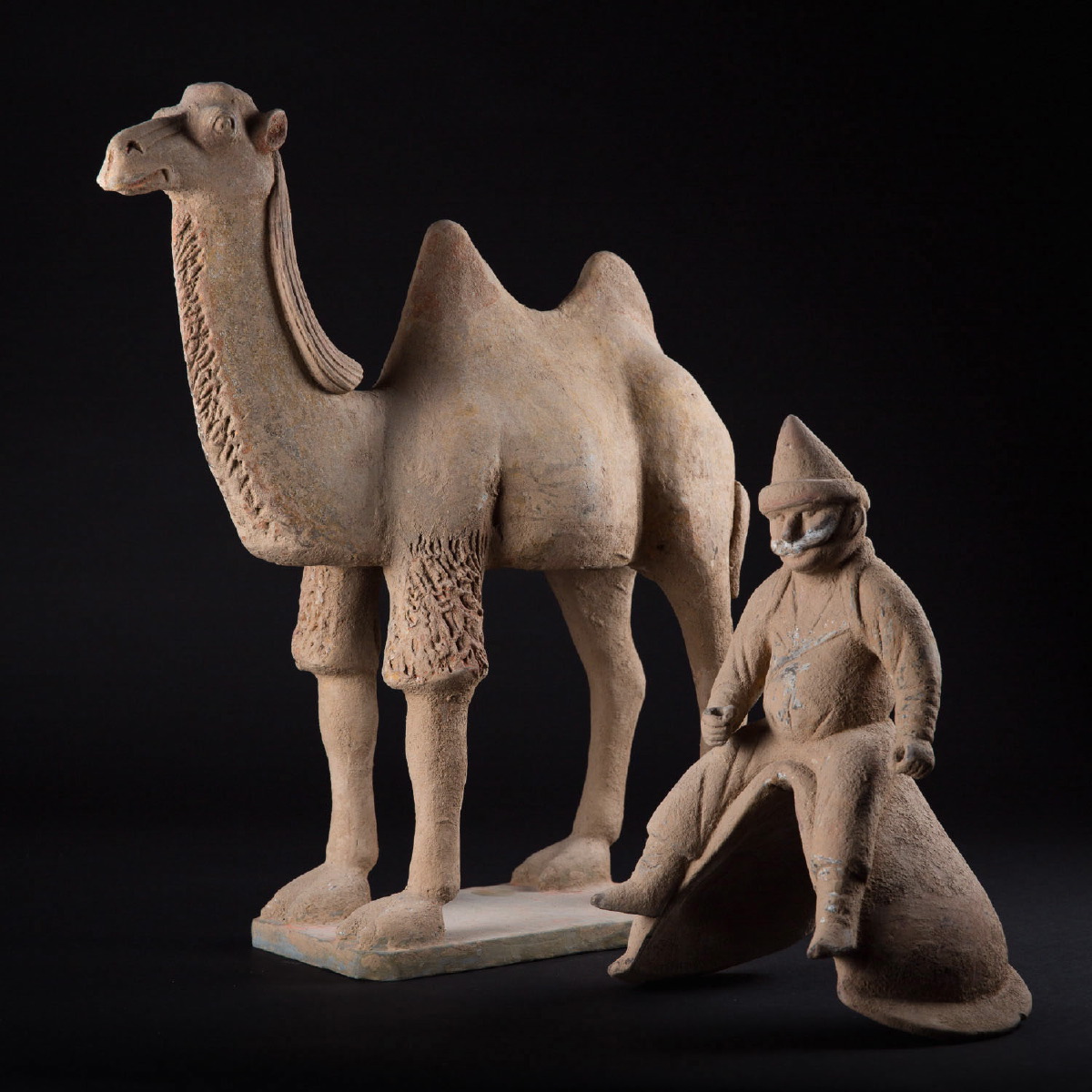 Terracotta camel of a dark beige colour with remains of heavy crust of soil due to a long stay in earth. The animal with a fierce look is standing on a terrace, the tong hooked, with decorative effects stylising the mane and the wool. A camel driver is seated on it, wearing a pointed hat, typical of the foreigners coming from Oriental Turkey. The man is seated, the feet on the saddle, lows hands while he is driving the camel. The work consists in a bivalve moulding, completed with a removable part with the camel driver seated on its saddle. Good state of preservation. Possible ancient repairs.

The Asiatic camel, an important animal for the ancient Chinese economy, comes from the deserts of Central Asia, and most probably from Bactrian, as describes Linnaeus in 1758. It was widely used as a milk producer and as a mount for transporting goods along the Silk Road. They used to eat the meat and drink its milk (only as fermented), and wowed its always much appreciated wool. Approximately two meters high, Chinese knew it since the Han dynasty, an epoch in which emperors used it also for its great resistance in the postal service which reached up to the desert borders. Chinese people used to buy the camel driver together with the camel.