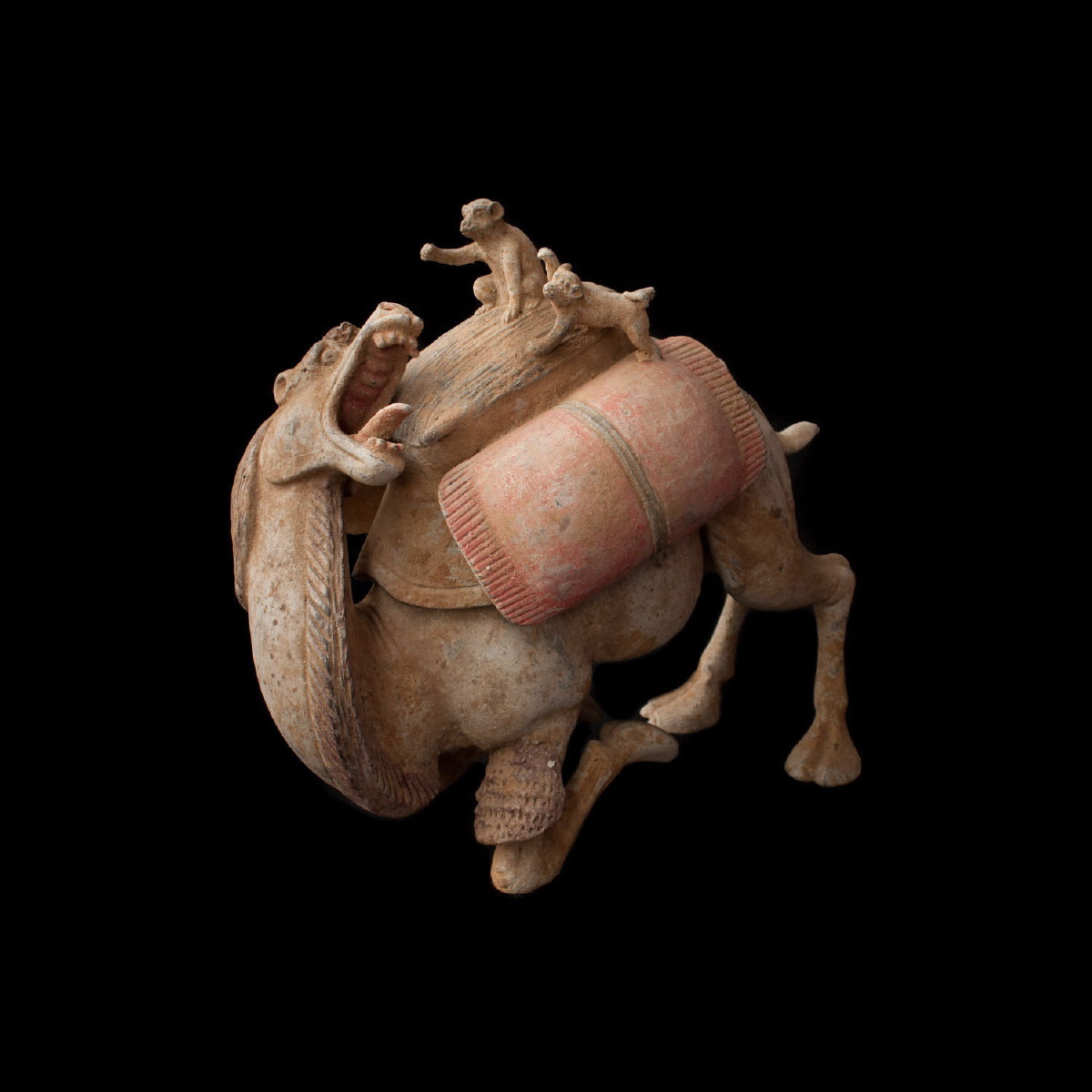 Very rare and lively camel from the Tang period with nice small monkeys on his back.  Very fine condition. Possible ancient repairs

The camel first appears in written sources during the 5th century BC. Since the 6th century animal representations have become more and more realistic, and the Tang dynasty was sometimes amused at highlighting the monumentality and inconvenient character of the camel. The latter, very present in the desert steppes, was never mounted by the Chinese. Understanding their utility for the trade of goods through the long desert expanses, they raised and rented the services of western grooms who came from the Ural plateau. The camel is used in Central Asia, and at present it is the dromedary which is used in Southern Asia, Asia Minor and Africa. The latter is not known in wilderness except in Australia where it was introduced and then abandoned. Dromedaries and camels belong to the same biological genus, the dromedary fetus developing two bumps during gestation that melt into a single hump before birth.