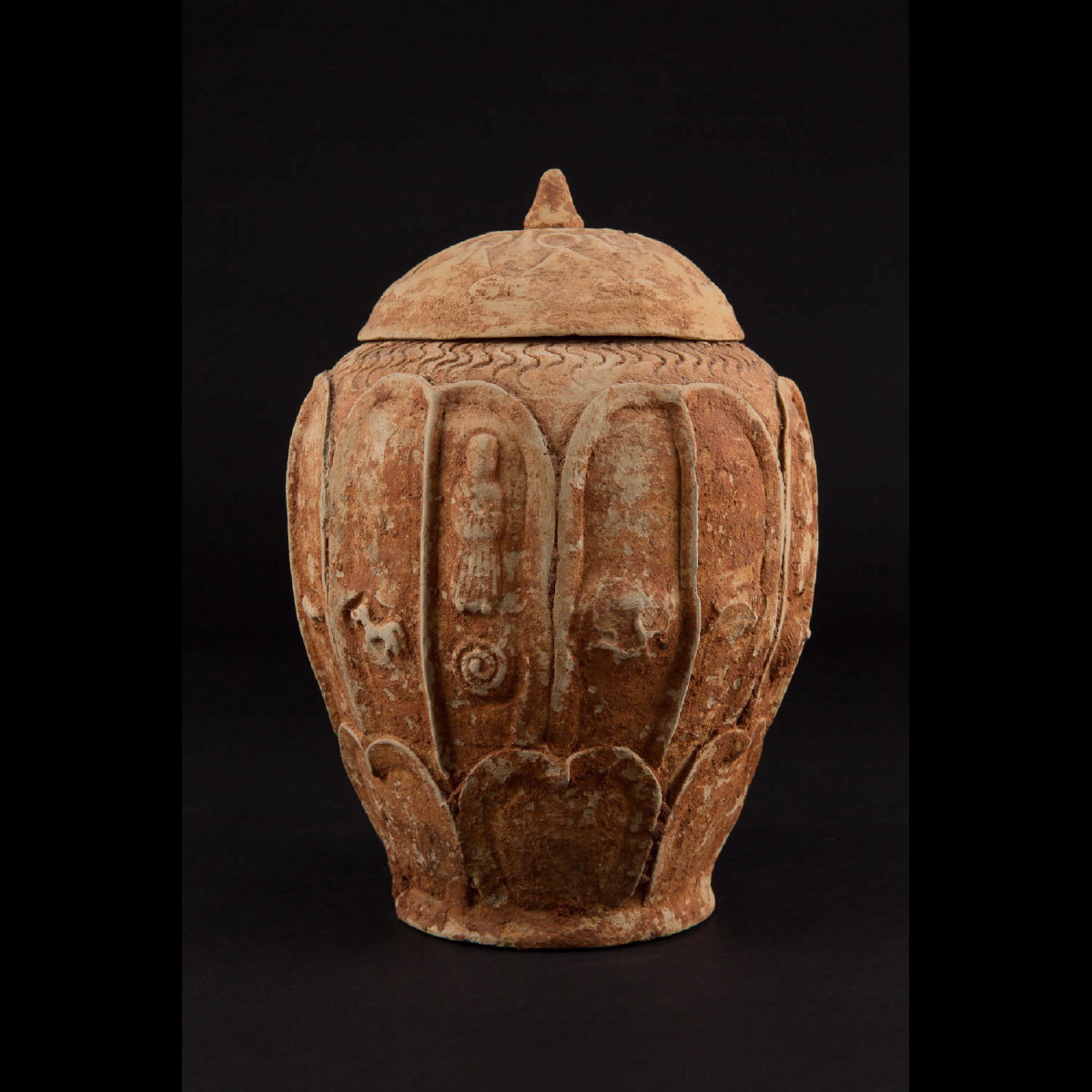 Jar in red terracotta, ovoid body, small pedestal and a domed lid with small grip. The jar is decorated in relief with human characters and both real and fictional animals depicted inside of lotus flower shaped frames. Good state of preservation, small fragment missing from the body.

Period immediately following the fall of the Han Empire, the Six Dynasties represent a time of extreme political disunity for Ancient China. Paradoxically, this time allowed for the emergence of Buddhist philosophy and the influence of both nomadic and non Chinese cultures. These vessels are also known as the jar of mind . Several jars of this kind were discovered in the Yunnan area.