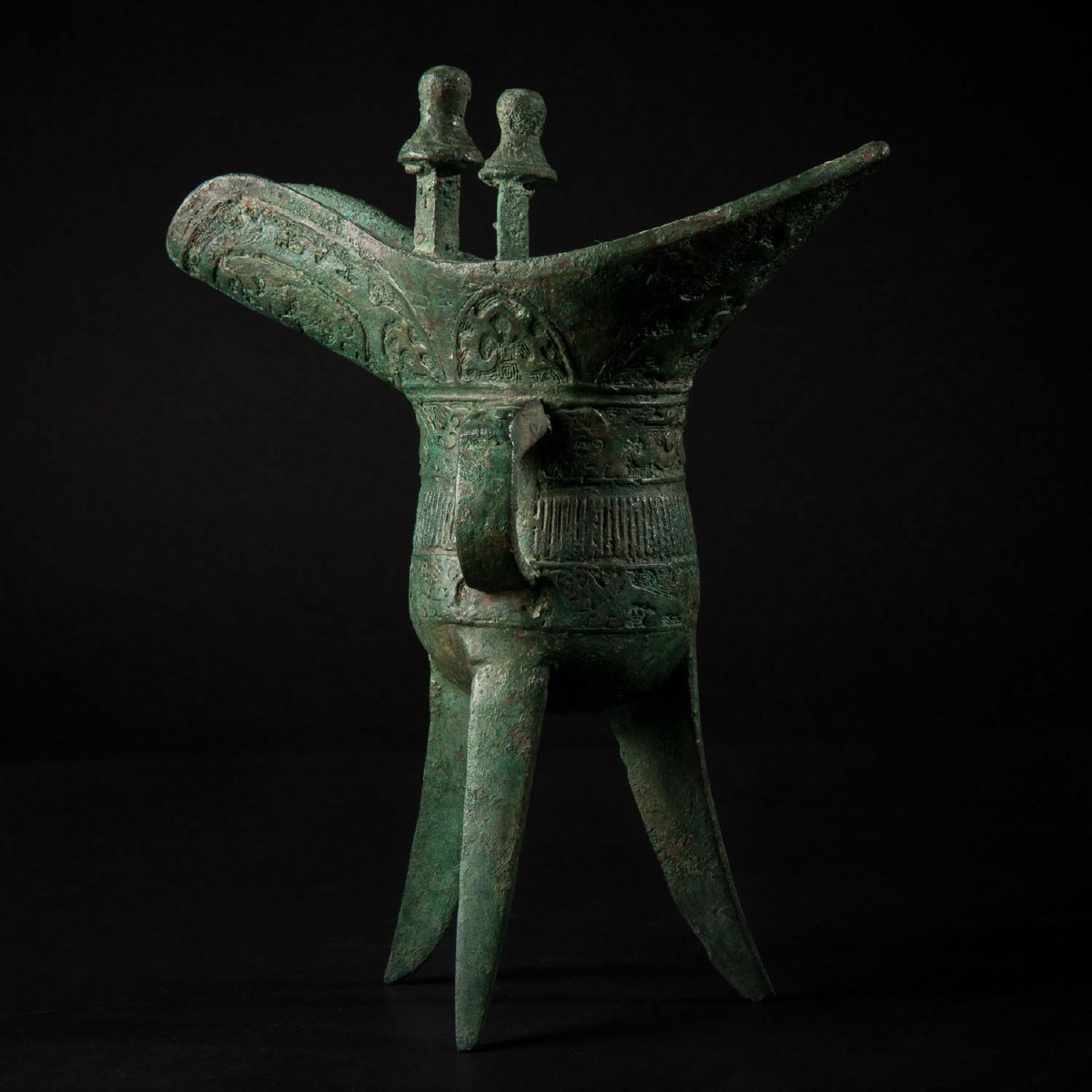 Bronze ritual object used in the worship of the ancestors with a nice even green patina. Tripod with triangular legs, vase with double spout and flared lips, set with two knobs in the shape of mushrooms serving as grips. Design with a register typical of that period with geometrical decorations, finely chiselled with Leiwen motif. The shape of these vases derives from the Longshan style dating around 2000/1600 B.C and Erlitou 1700/1550 B.C Perfect state of preservation very pleasant thick, evenly green patina due to the considerable presence of brass in the alloy.

The third Chinese dynasty originally comprised barbaric nomads who settled in the 11th cent. BC and whose capital was Xian. This period sees the arrival of a luxuriant geometric style that went as far as abstraction. Zhou people distinguished themselves from their predecessors by the profusion of religious utensils that they produced. This type of vase had a perfectly codified shape that was intended to warm the wine, better described as a spicy seed alcohol. This tripod bronze is a ritual object used in the worship of the ancestors, the shape is slender with triangular shaped legs, and it has double spout and flared lips. The two knobs in the shape of mushrooms would serve as grips. The design with a register is typical of that period as it favours geometrical decorations. This piece has been finely chiselled with Leiwen motifs obtained after a work on the fusion made with the method of the moulded parts. The shape of these vases derives from the Longshan style dating around 2000/1600 BC and Erlitou 1700/1550 B.C. These Zhia vases are today sought after by many museums.