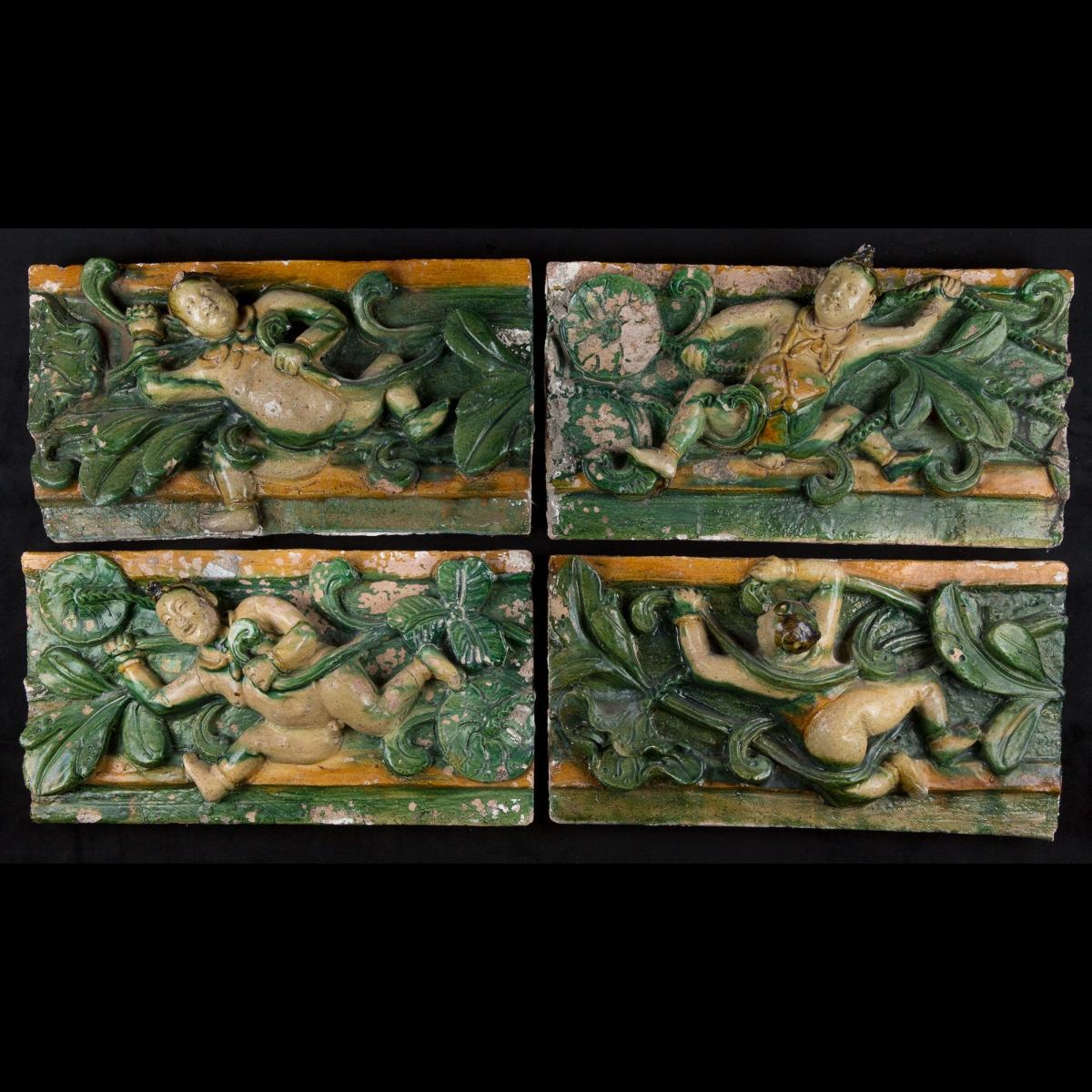 Set of two rectangular panels of gray terracotta with green and yellow glaze, with an image molded in high relief of plump children swimming half-naked in a vegetated basin. They are dressed in a simple scarf with bracelets around their wrists and ankles. One of them is wearing a short apron, the habit of children. Excellent state of preservation.

Circa the 2nd century, Buddhism imprints its mark and philosophy to the representation of the child, passing from a miniature adult to a smiling chubby toddler. This is a symbol of abundance and wealth, reminding of the children living on lotuses in the paradise of the future Maitreya Buddha, represented in China by his guise as a laughing monk with a large belly and traditionally accompanied by children. From the Song Dynasty (AD 960-1279) we see the aesthetic representation of the child evolve, moving away from Buddhist criteria, making them the symbol of fertility and of good news for male offspring.