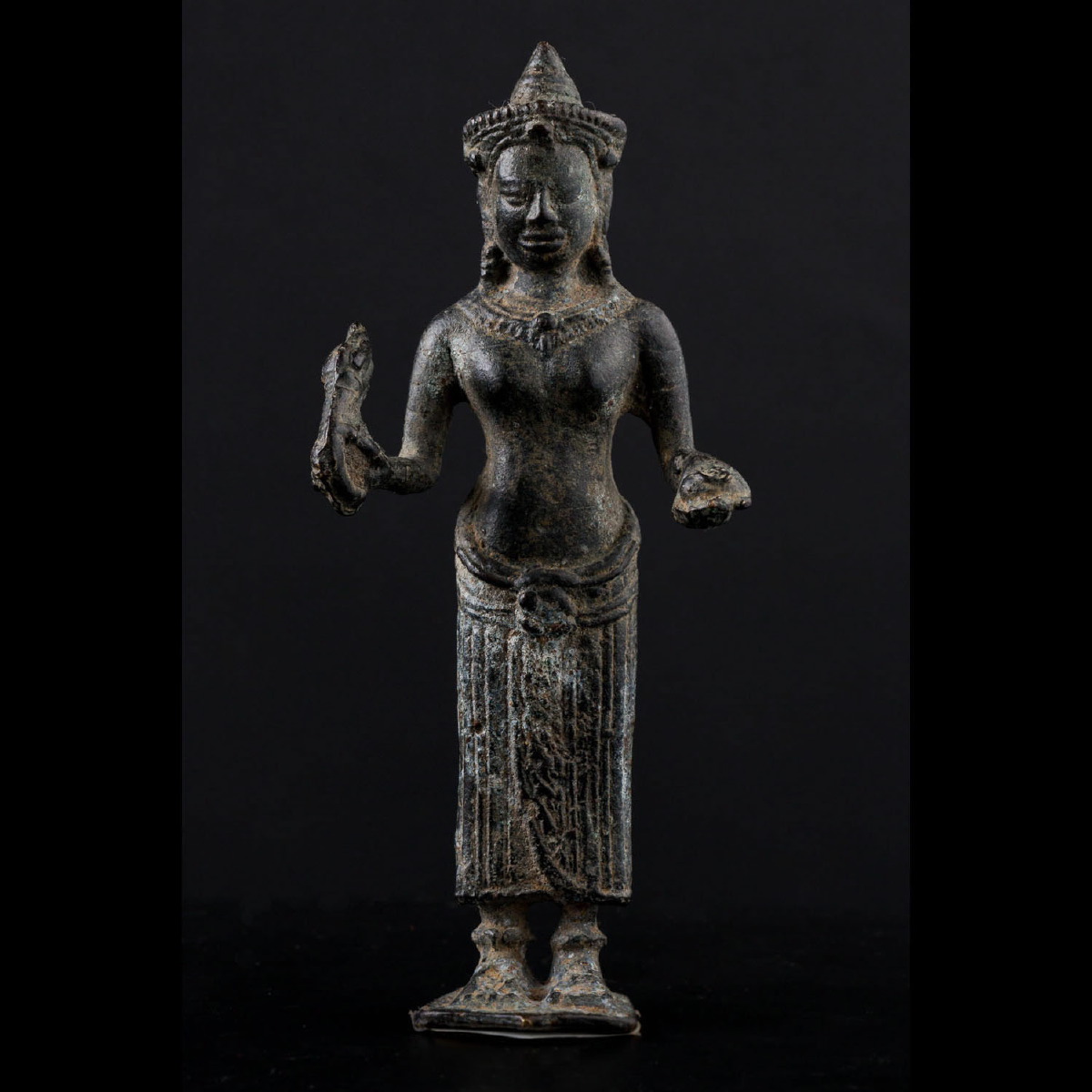 Bronze goddess in a staid position fixed to a base in the form of an escutcheon. She is wearing a cylindrical mokhot, with a sort of tiara in the shape of a diadem, and a long, prettily pleated sampot tied at the waist while her chest is bare. She wears anklets at her feet, long earrings and a necklace of a double string of pearls. In both hands, she holds the tantric attributes: in one hand, the ball and in the other a lotus, according to Vishnuite tradition. Her conical headdress represents a lotus bulb.

A sterile, Brahmanic goddess, “daughter of the Himalayas” and second wife of Shiva (God of destruction and renewal), she is also called “the gracious one” as opposed to Durga “the combatant”. She represents the wisdom that shows the way of Brahman and is considered the peaceful aspect of Parvati. Mother of Ganesh and Skanda, this goddess was much liked by the Khmer artists of Angkor for her elevation in the Hindu hierarchy.