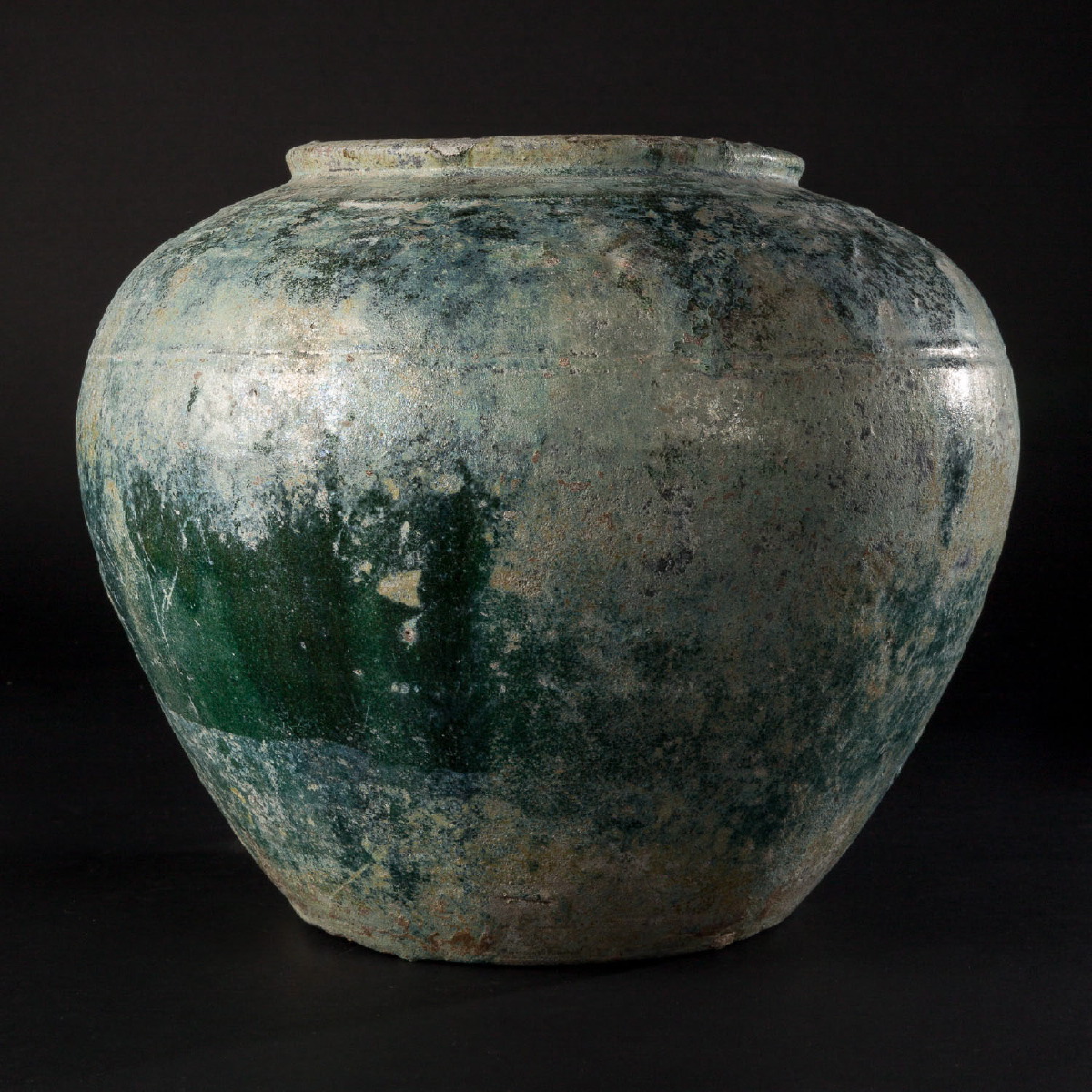 Large bellied vase in terracotta covered with a green glaze. Two sets of thin lines in relief lay horizontally. Traced of silver colour, characteristics of ancient calcification. Excellent state of preservation. The traces of calcification are the most affirming indications allowing to date this piece.

The Chinese were a very sagacious people who discovered a wide range of techniques to perfect the art of pottery. With this piece we witness one of their many inventions : the green lead glaze, achieved by mixing feldspar with copper oxide. To obtain this colour the artist would have to use a very well-designed oven with the capacity of reaching a temperature of 800 degrees, something which the West learned how to create much later.