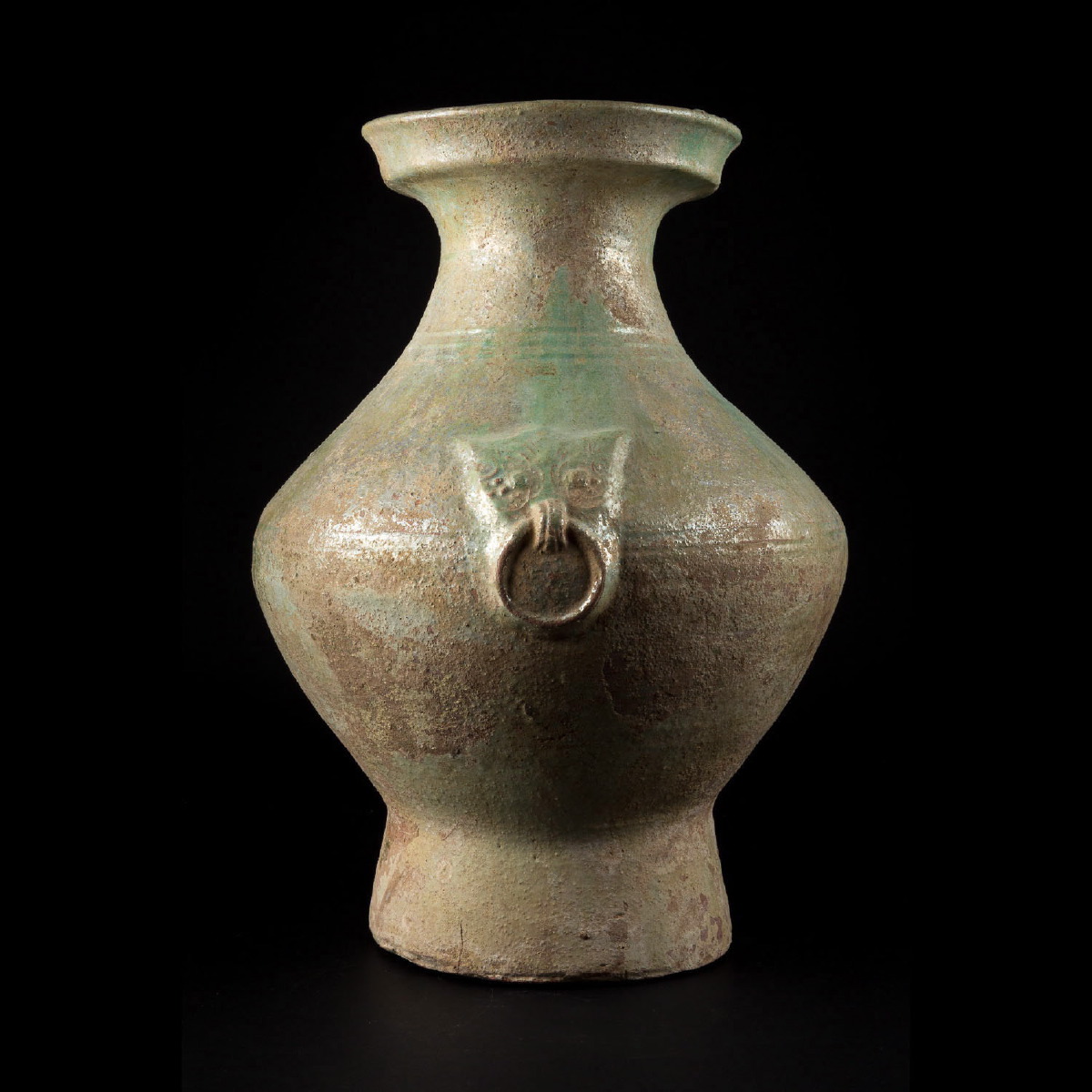 Large terracotta vase covered in a green glaze which is achieved when copper oxide fuses with lead glaze. The vase is bulbous and bulging in shape and rests on a pedestal. The neck is well proportioned and flares upwards with a large fret placed on the top. A decorative ring and Taotie motif are sealed on either side of the body, making this a very elegant piece. Excellent state of preservation.

Since the time of the Zhou (1100-256 B.C.), a special ornament, believed to have been used to ward off evil spirits, began appearing on ritualistic dishes. It is still unknown as to whether this was a religious symbol, a clan emblem or a mystical animal linking man to the spirit world. We do know however how the ferocious beast represented by the Taotie was meant to evoke mystery and beauty.