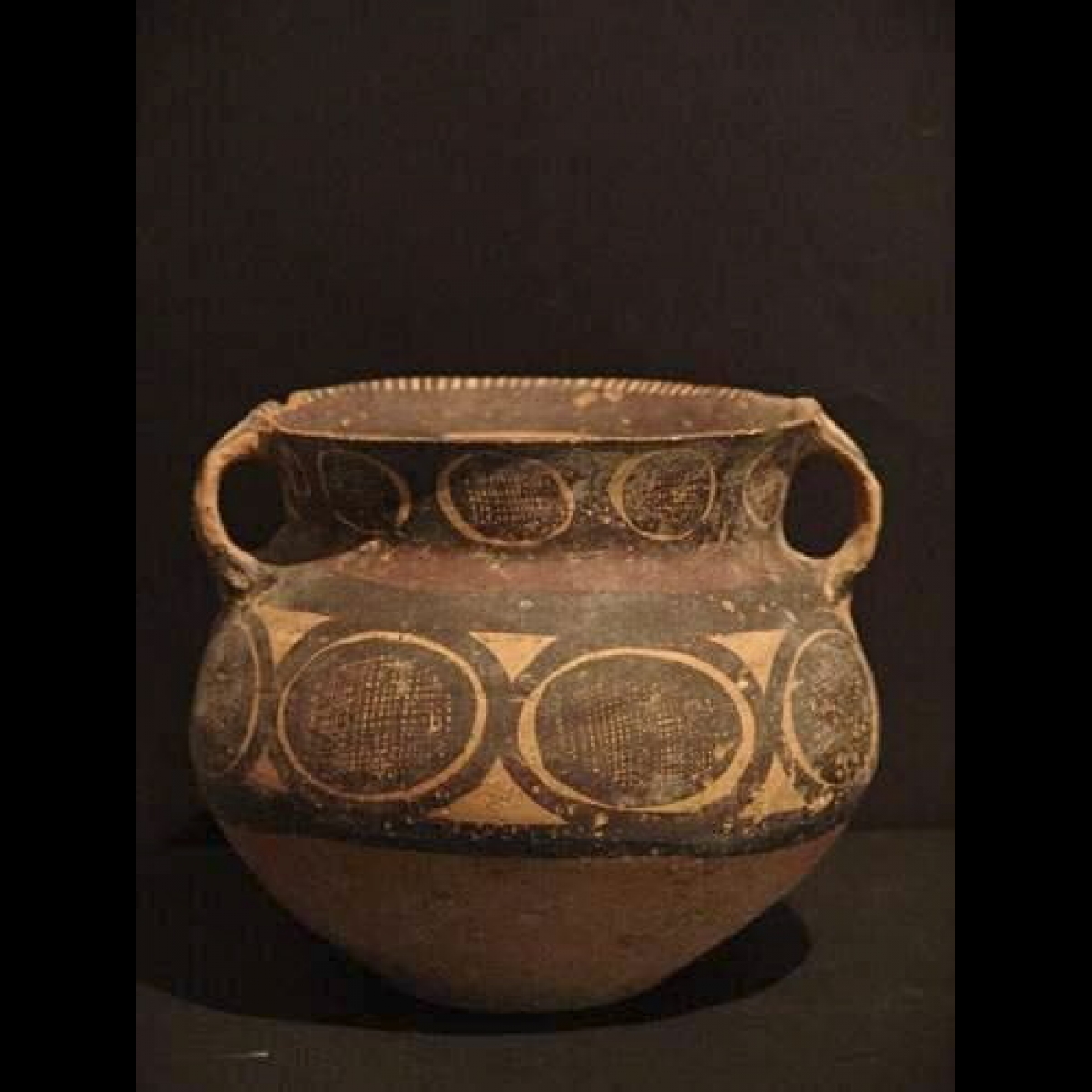 Vase with two terracotta handles, painted with a brown iron-based pigment. Ovoid in shape with a neck that widens at the brim. Two laterally fixed rings connect the neck to the spout. Decorative painting around four neat rectangles and circles divided by large vertical bands which lends elegance to this piece

The Neolithic culture of Machiayao began developing in the northwest of China between 3300 and 2050 B.C. The people belonging to this culture were the direct ancestors of the Han people. They lived in earthen and wooden homes, cultivated millet, raised dogs and pigs and practiced cremation. They spoke a language with origins of the Sino-Tibetan language still used today in southern China. This pottery, descended from a tradition appearing 7000 years earlier, (the first experiments in Chinese pottery date back to 10,000 B.C.) reaches a high level of technique. The earth is built up using a coil pottery method and then decorated with reddish-brown and black-violet patterns made of spirals and a geometrical motif, but also fishnet and frog patterns, testifying to this culture’s worship of water.