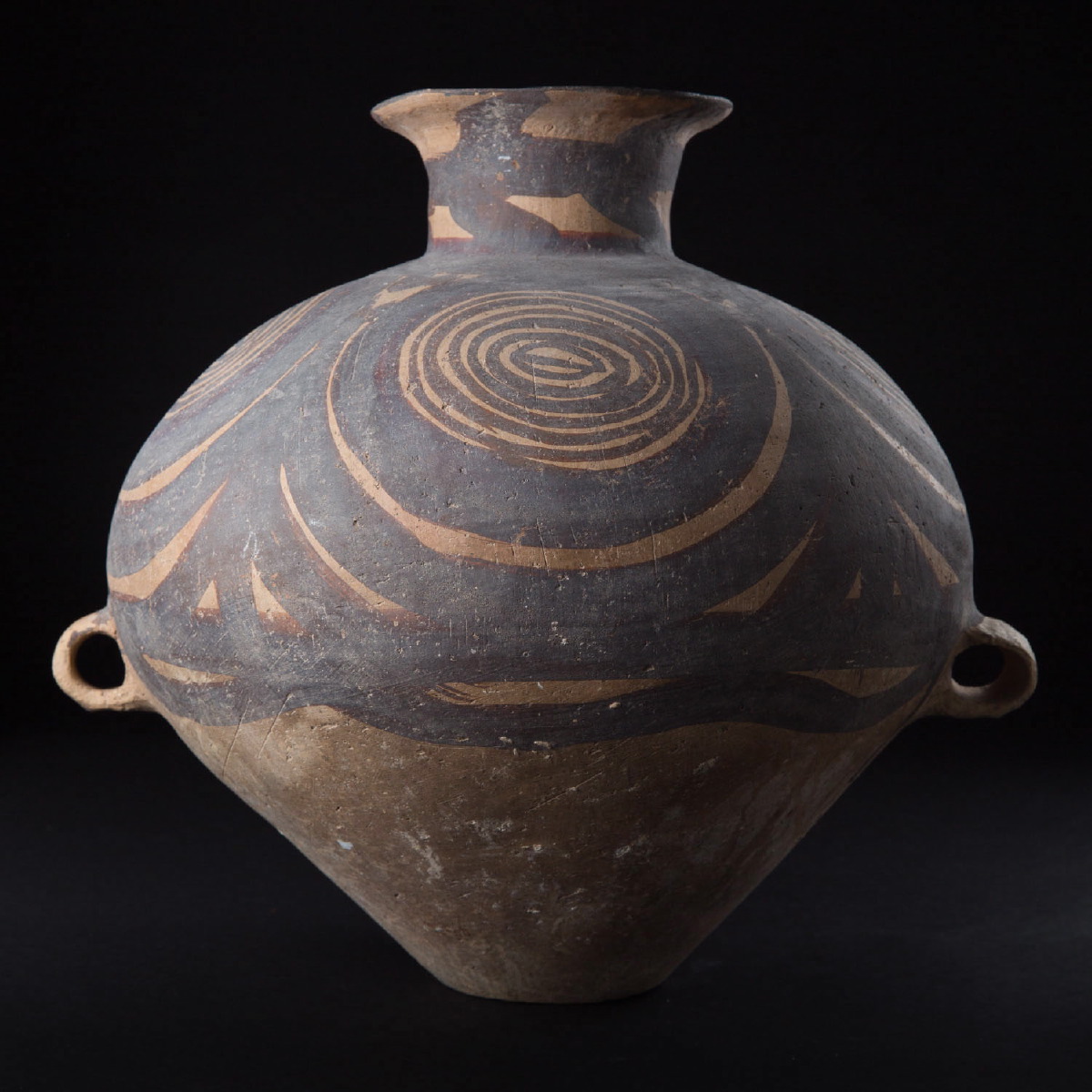 Very beautiful vase from the Neolithic era, accompanied by a test of thermoluminescence and cultural passport. This piece is intact and its original painting untouched.