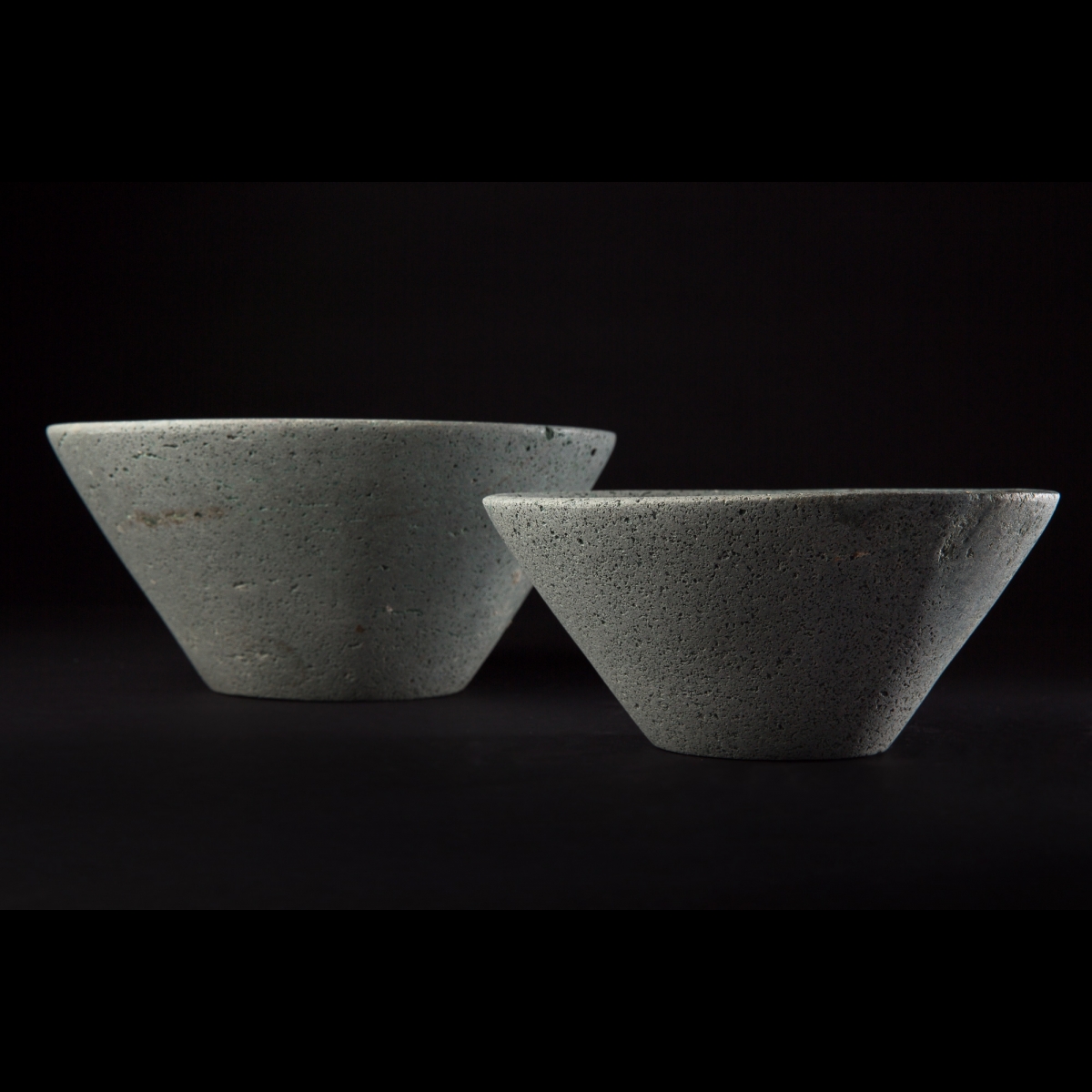 These are two conical bowls made of basalt with smooth, flaring sides in a magnificent bluish color. The surfaces were polished after being sanded and stippled, metal instruments already existing at that time. These were the first objects made by “modern” man. Basalt is a volcanic rock with a flint-like texture formed by magma that has cooled rapidly in contact with air or water. Exceptional state of preservation.

These bowls, with their conical, flared form and their very smooth sides have a magnificent, consistent colour with a strong hint of blue. They are made of basalt, a volcanic rock retaining a microlithic structure formed while magma is rapidly cooled by contact with air or water. The surfaces have been polished by hand after sanding and pecking with metal instruments from the Chalcolithic era, although these were not very hard since they were made of copper. These two vessels can be seen as some of the first objects among the belongings of modern man. Similar bowls have been found in the Tell Abu Matar archaeological site near Be’er Sheva in Israel. However, these objects were probably imported because this flared form, with its very narrow base, derives more typically from Bactrian regions. In the Middle East, the 5th millennium, which saw the arrival of copper metallurgy, also witnesses the development of trade with neighbouring countries. Meanwhile, the raising of cattle and pigs, the cultivation of barley, and the production of ceramic wares had all been going on for more than 2000 years. Towards 4000 BC, the coastal regions covering modernday Syria and Lebanon entered the sphere of influence of the Ubaid Proto-Civilisation, situated in lower Mesopotamia, integrating the most modern cultures in the world at that time. There, we see the rise of the economic and technical elements that would be necessary to set up the Uruk Civilisation, famous for establishing the first governmental administration and inventing cuneiform script. However, our two bowls date from before this period. Their form and colour are both magical, and we never tire of them!