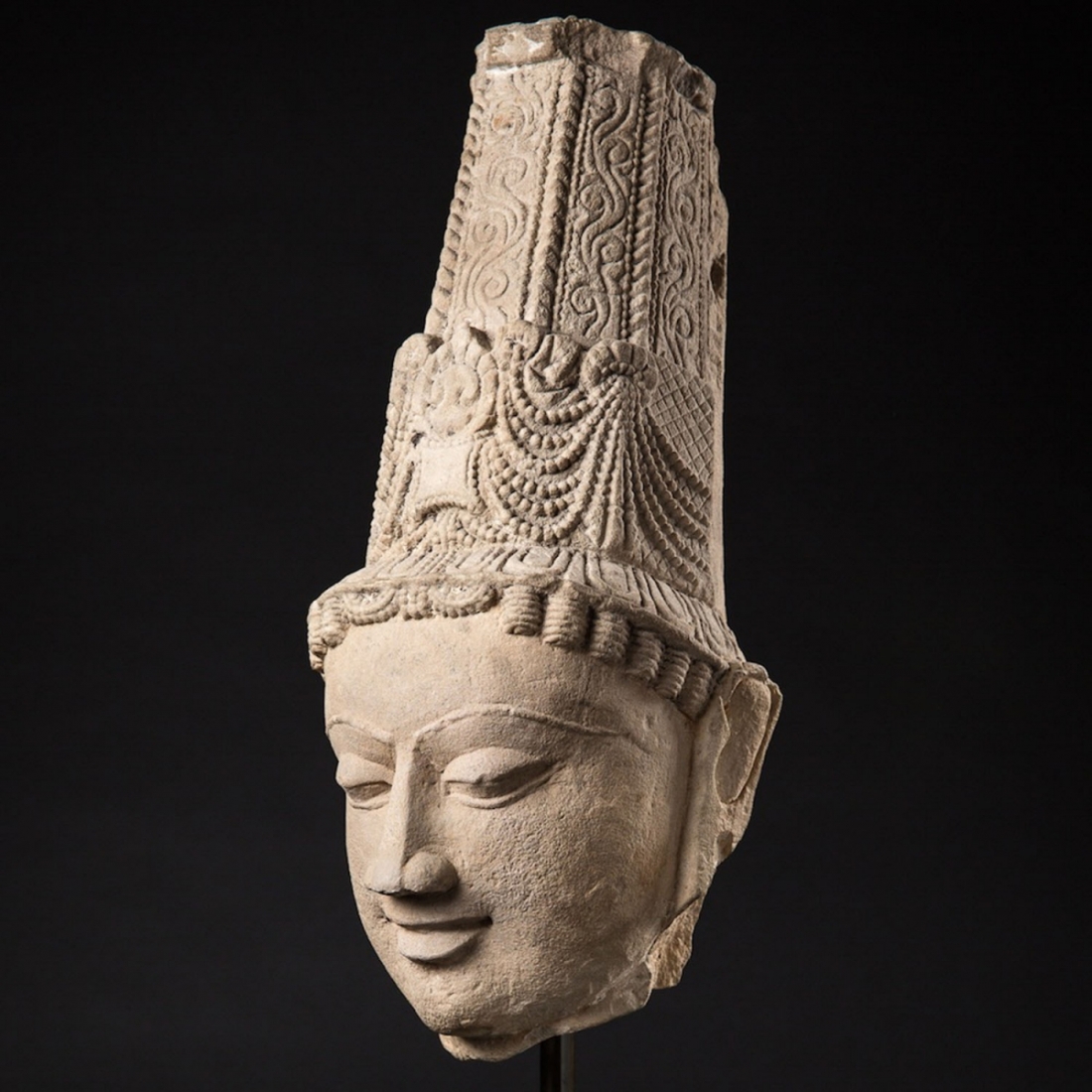 Head in fine-grain, light sandstone of the god Vishnu wearing the cylindrical and conical tiara kirìtamukuta, finely worked with garlands and pearls, adorned in its centre with a jewel as decreed in the texts. The serene face gives a faint smile, the lips are fleshy, the nose straight, the eye in a fish shape adheres to the Hindu metaphoric repertoire inspired by the observation of nature. Note the ears extended by heavy earrings representing the two paths to knowledge, one intellectual and the other intuitive.

Vishnu, also called Hari, is the second god of the Hindu Trimurti that includes Brahma and Shiva. His name comes from the Sanskrit root “vish” meaning “spread out” because he creates light. Guardian of cosmic order, he looks after balance in the world and regularly intervenes in the life of mankind to re-establish harmony, this in the form of ten avatars. The most well known are Rama, Krishna and Buddha, according to Hinduism. From the 10th to the 12th century, the Chandela dynasty, of Rajput origin, governed a wide realm encompassing practically all of Madhya Pradesh, until the triumph of the Muslim sultans. The famous city of Khajuraho, known today for its dozens of temples, was one of their religious capitals. The city, abandoned in the 14th century, was forgotten and overrun by the jungle. Its sandstone temples, richly ornamented with famous erotic figures, were rediscovered by an Englishman in 1838. One of the temples, Lakshmana, is devoted to Vishnu. The refined style of the sculptures has become a classic reference in Indian art.