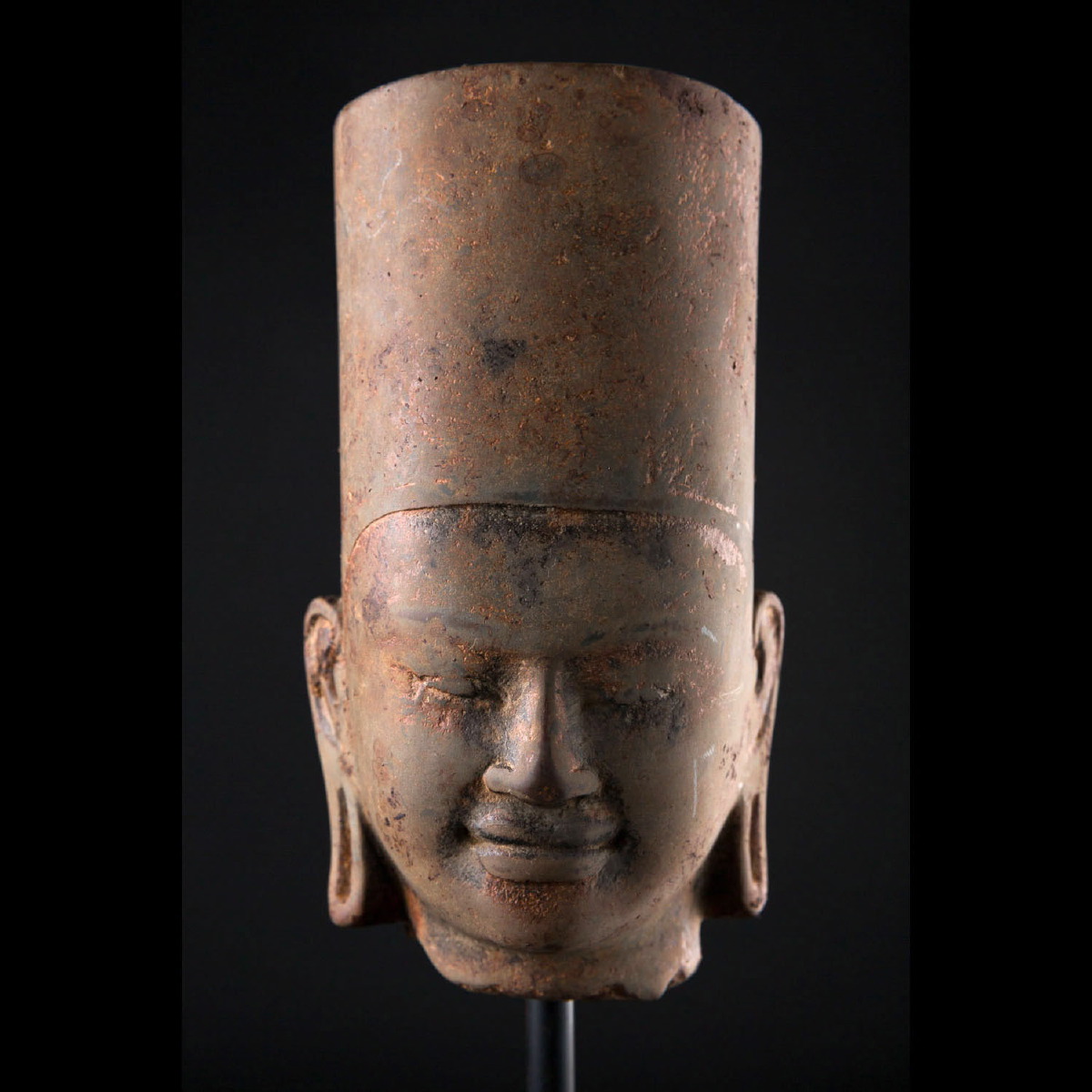 Head of Vishnu with a serene expression in smoothly polished brown granite. Despite much erosion, the face has kept its features of a delicate finesse. The line of long, slightly arched eyebrows joins to form the bridge of the nose. The almond-shaped eyes, without the pupils visible, and the fine nose in the oriental fashion complement the fleshly, well-defined lips showing the shadow of a smile. The head is wearing a cylindrical mitre, the kiritamukuta,, a soberness characteristic of the Phnom Dà style. The mitre form a curve characteristic of the style in vogue starting in the 7th century. The very elongated earlobes are hollowed out and perhaps held, as was the custom in pre-Angkorian statuary, gold or precious stones. The piece exudes much solemnity. Excellent state of preservation. Numerous chips and signs of erosion. Crusty deposits due to age. The statue was probably formerly painted balack.

The site of Phnom Dà is situated 70 km to the south of Phnom Penh. It was the main religious center of the pre-Angkorian city of Angkor Borei, also the eponymous name of a pre-Angkorian statuary style. The site contains temples, ceramics and statues dating from the Funan period (AD 6th-7th centuries) and the Chenla period (AD 8th cent). This was the first production centre of Khmer art in the Mekong valley.