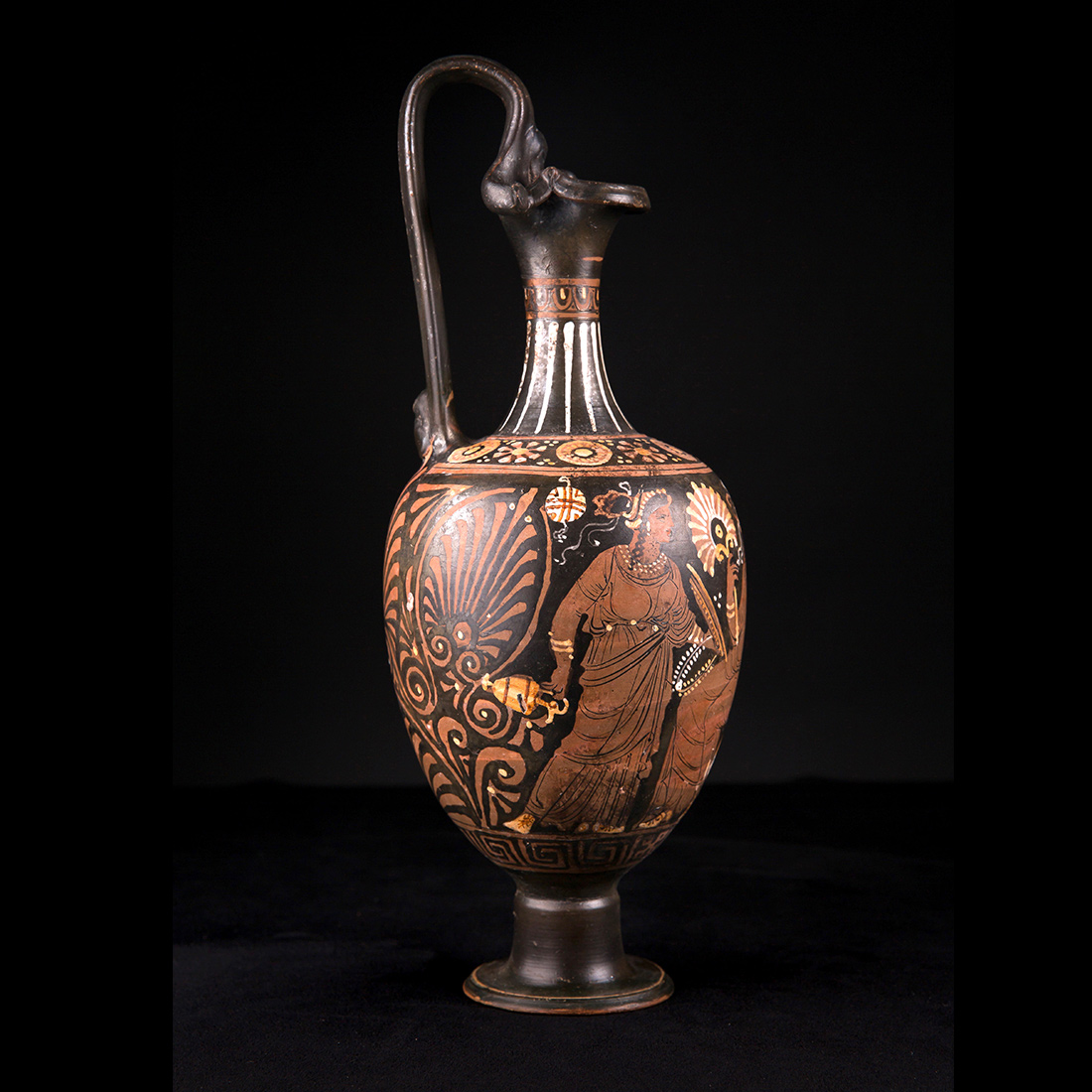 Elegant votive ewer with a trilobed spout and raised handle, depicting Aphrodite draped, sitting on an amphora, holding a crown and a fan. On her right is a naked young man presenting trays of offerings, while on the left there is a woman wearing a rich chiton and various jewels, holding an ewer and a mirror. The piece is adorned with palmettes and friezes, typical of the Greek decorative repertoire. Excellent state of preservation. Scratches and signs of excavation due to age.

Aphrodite, commonly associated with love, is a very popular goddess, protecting women and the sanctity of marriage. Her worship was particularly widespread during the Hellenistic era. It was first in Delos that the goddess was celebrated with festivals called Aphrodisia in the sanctuary of Apollo. These were also practiced in the Hellenistic East, where her worship merged with that of Isis in Egypt and Astarte in Syria. Finally, in Cyprus, the island where the goddess was born from the foam of the sea. This ewer was most probably used in a ritualistic setting.