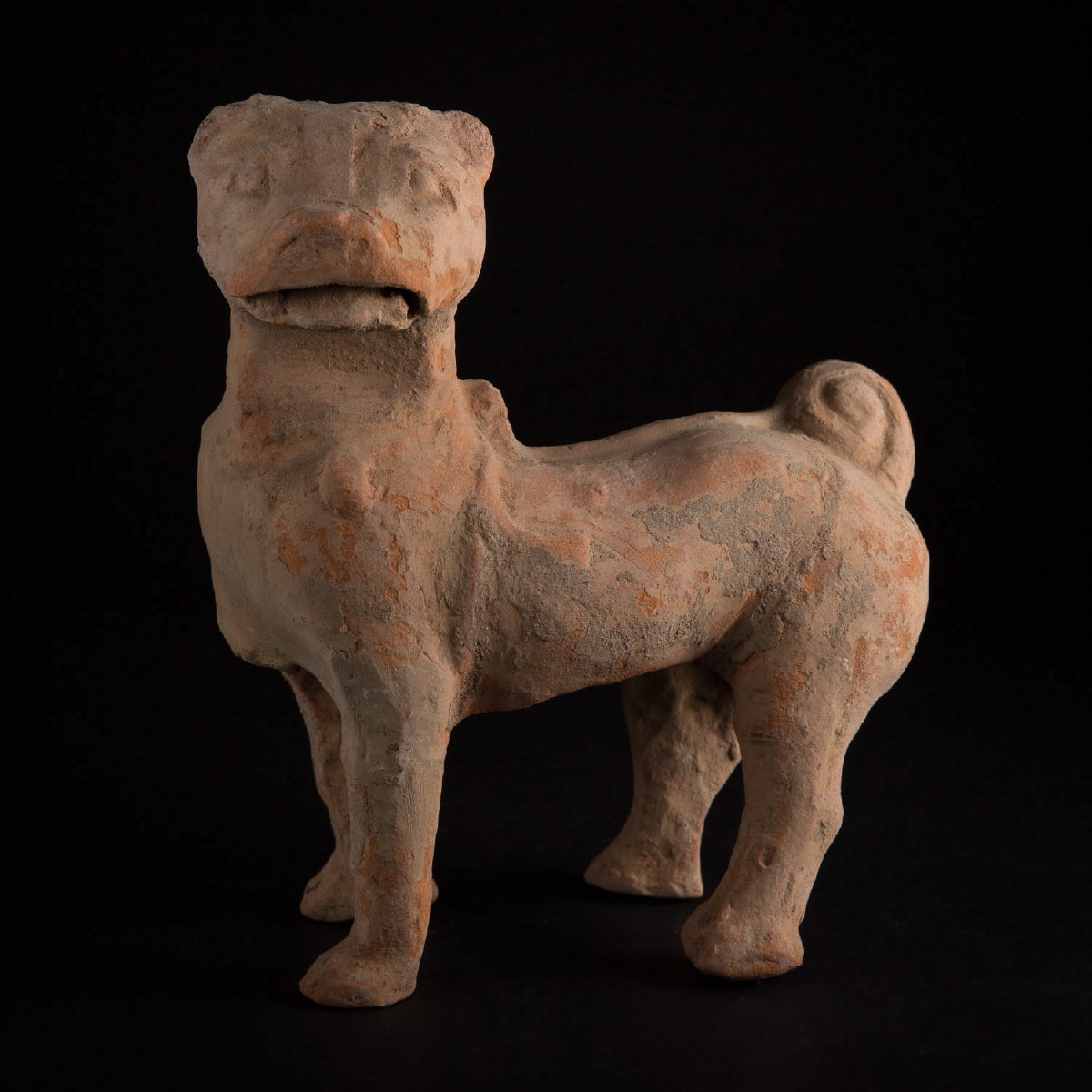 Dog figurine in an orangey terracotta. Moulded representation of a dog standing on all fours with a spiral tail. The head is expressive and it wears a harnessed collar indicating its domestication. Traces of earth from excavation. Good state of preservation, some ancient restorations probable.

Ancient China, Han dynasty (208 B.C. – A.D. 220) This dog is of the Chinese Sharpei breed, commonly large and used as guard dogs. The Chinese have always revered the dogs they used for hunting. The dog is also an astrological sign which embodies the virtues of loyalty, friendship and longevity. For the Chinese, the dog should be brave and sometimes a thief. Contrary to the western belief, the Chinese do not eat their dogs, however a breed commonly called the « yellow dog » is exclusively raised for its meat.