Tribal art is generally a visual art that covers all cultural creations of non-western indigenous peoples. Some call it ethnographic art, while “primitive art”, an expression invented by Apollinaire in 1915, is today avoided for its pejorative connotation. We prefer to speak now of the tribal arts, which encompass all cultures whose traditions are mainly oral with no knowledge of writing.
The peculiarity of this art is also that it is essentially ritualistic and used during religious ceremonies dedicated none exclusively to the ancestors and gods. The augural rites linked to births, harvests and the good arrival of climatic events are part of a mainly sculptural practice. It is an art where the technique is in the background: there is little use of metals whose processing is not always well mastered, and preference is given to more malleable materials such as wood and terracotta. It is for this reason that we find many potteries, masks, wooden sculptures, and ornaments made of feathers and shells.

African cultures refer to specific aesthetic norms, which creates an easily recognizable style amongst others. Expressionism and realism are the privileged

and direct expression of profound vital forces. Often the object is inscribed as part of a religious or political hierarchy that makes the relationship to human reality and the visible world sometimes complicated to understand.

Oceanic art favoured animism and liked recourse to scholarly and entangled mythologies. Here also the cult of the ancestors holds great importance, surrounding the pieces of mystery and magic by using the fascinating language of interlacing and volutes.

The tribal arts were first discovered by the West at the European Exhibitions of the late nineteenth century: in London 1862, in Amsterdam 1883, in Paris 1889, or in Brussels, where they exposed for the first time a stand filled with native black people simulating the actions of their daily lives. It does not matter that they were shown then traveling in a Venetian gondola on the Congo Lake! The visitors were amazed and with a shared feeling for their objects, which were then thought to be dark, barbarous and coarse wooden slabs. Gauguin at the 1889

exhibition, seeing for the first time Native American objects, took to dreaming of the creation of a “workshop of the Tropics” where the zero degree of expression would be the incarnation of original forms linked to a reformulated spirituality. A new era then appears where the primitive is an emblem of modernity. The change in the western evolutionist scheme helped museums accumulate and then catalog those “tribal” objects that were then so bizarre and that great collectors showed interest in.

Some objects may seem difficult to tame, but it is also their strangeness and their power of expression that fascinates. In this spirit I select those works whose beauty astonishes me or pushes back the more ordered vision that classical arts provide. Being always open-minded to the most surprising manifestations of art, being ready to see and see the world with an ever-new eye, to live the discrepancy, this is the work of these objects that have entered into the great history of collectors. 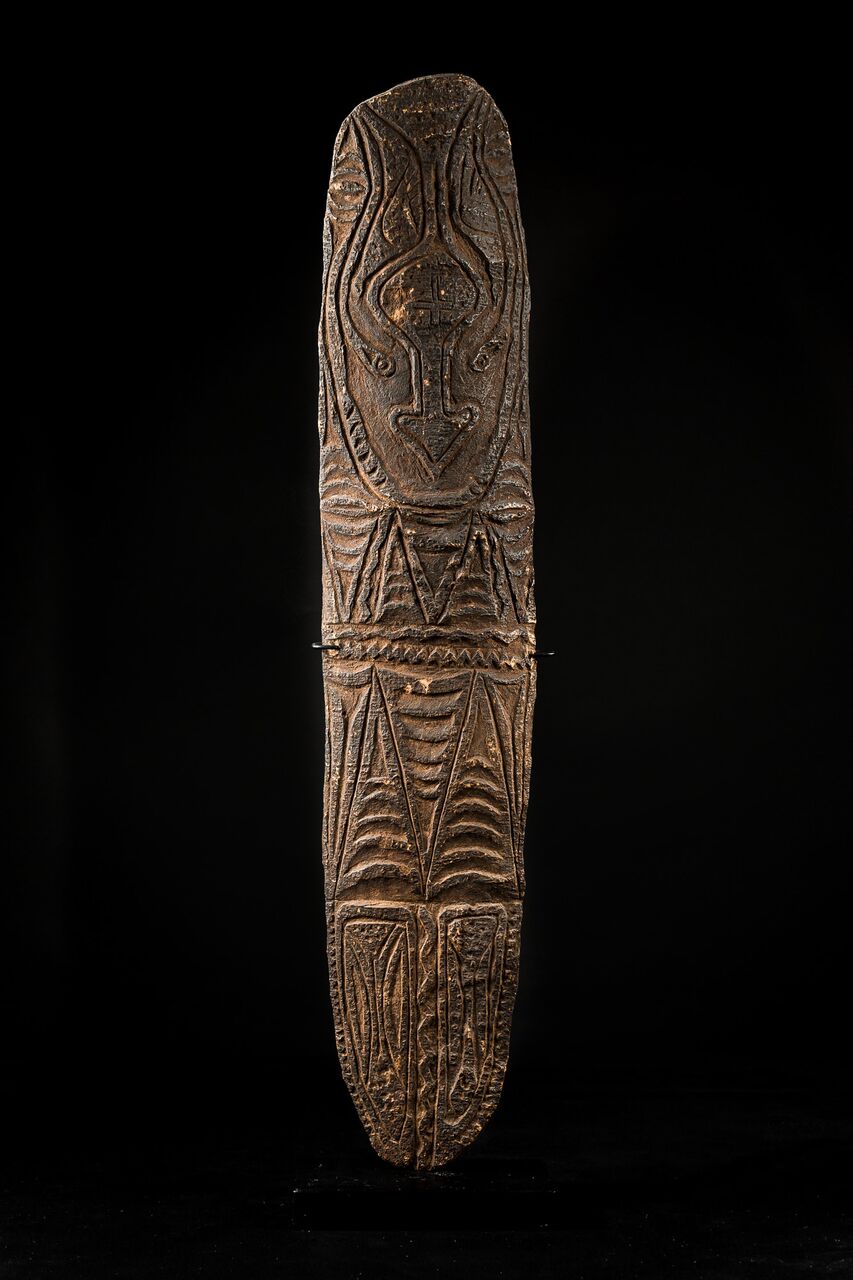 SPIRIT GOPE BOARD FOR ANCESTOR'S CEREMONIAL 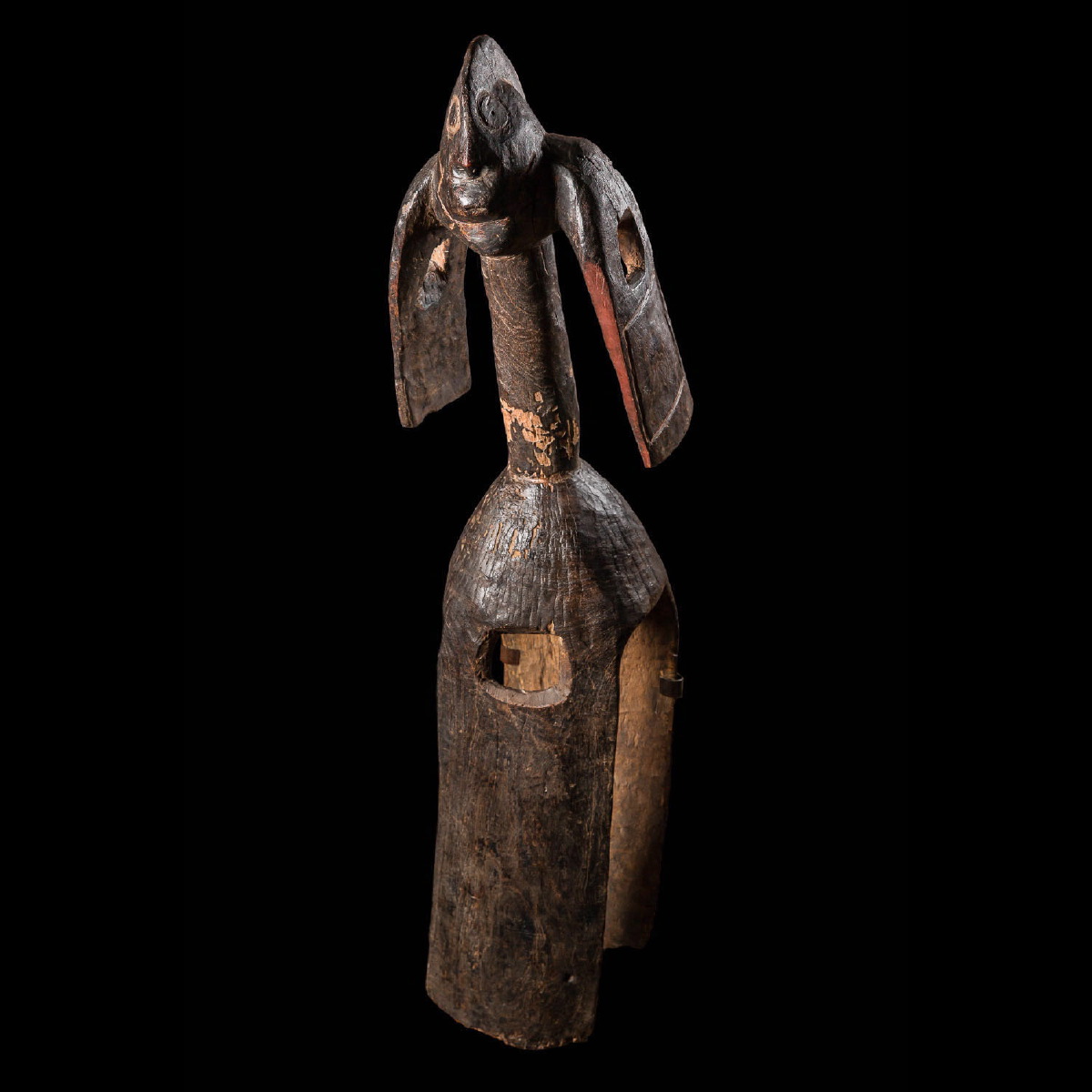 MUMUYE MASK FROM THE METROPOLITAN MUSEUM 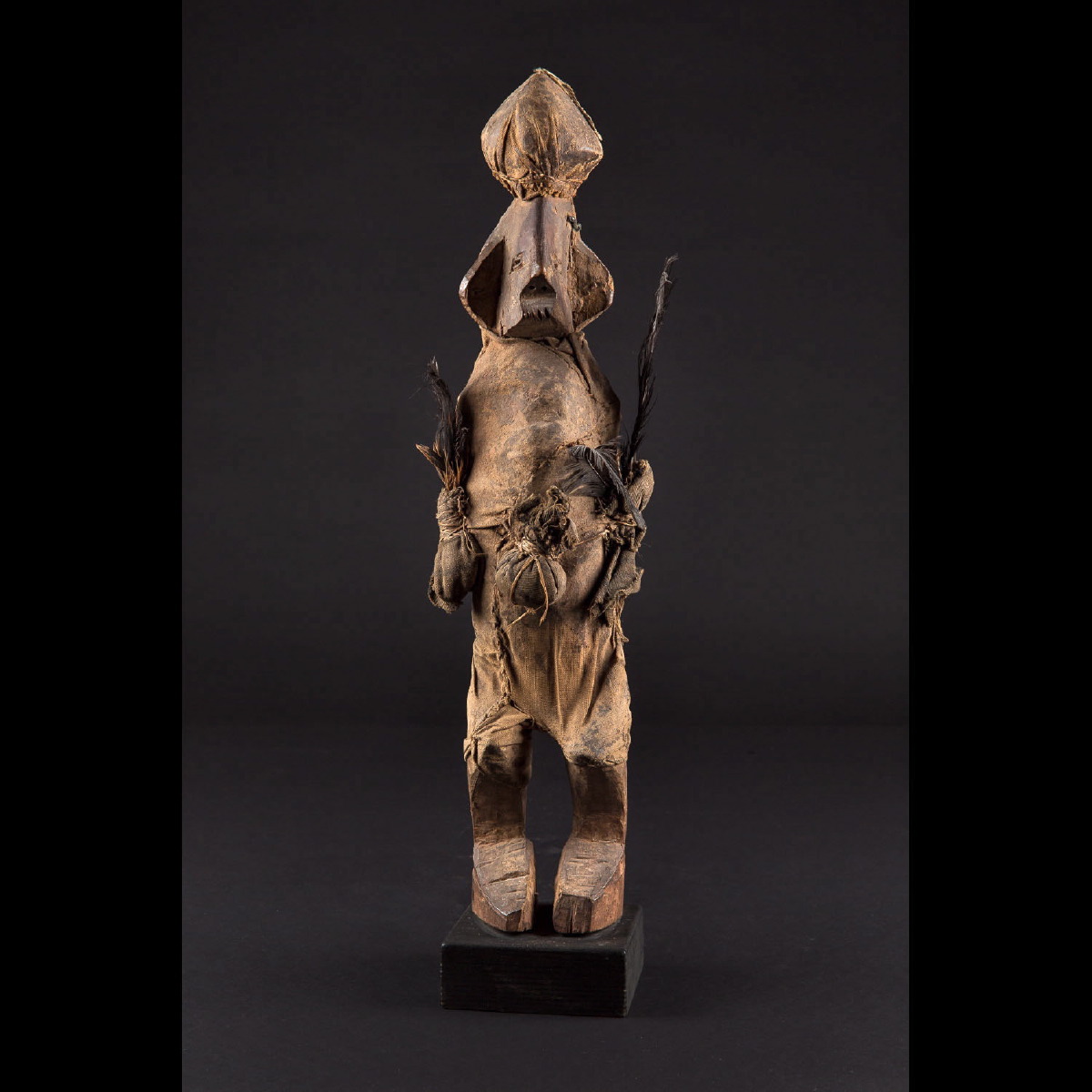 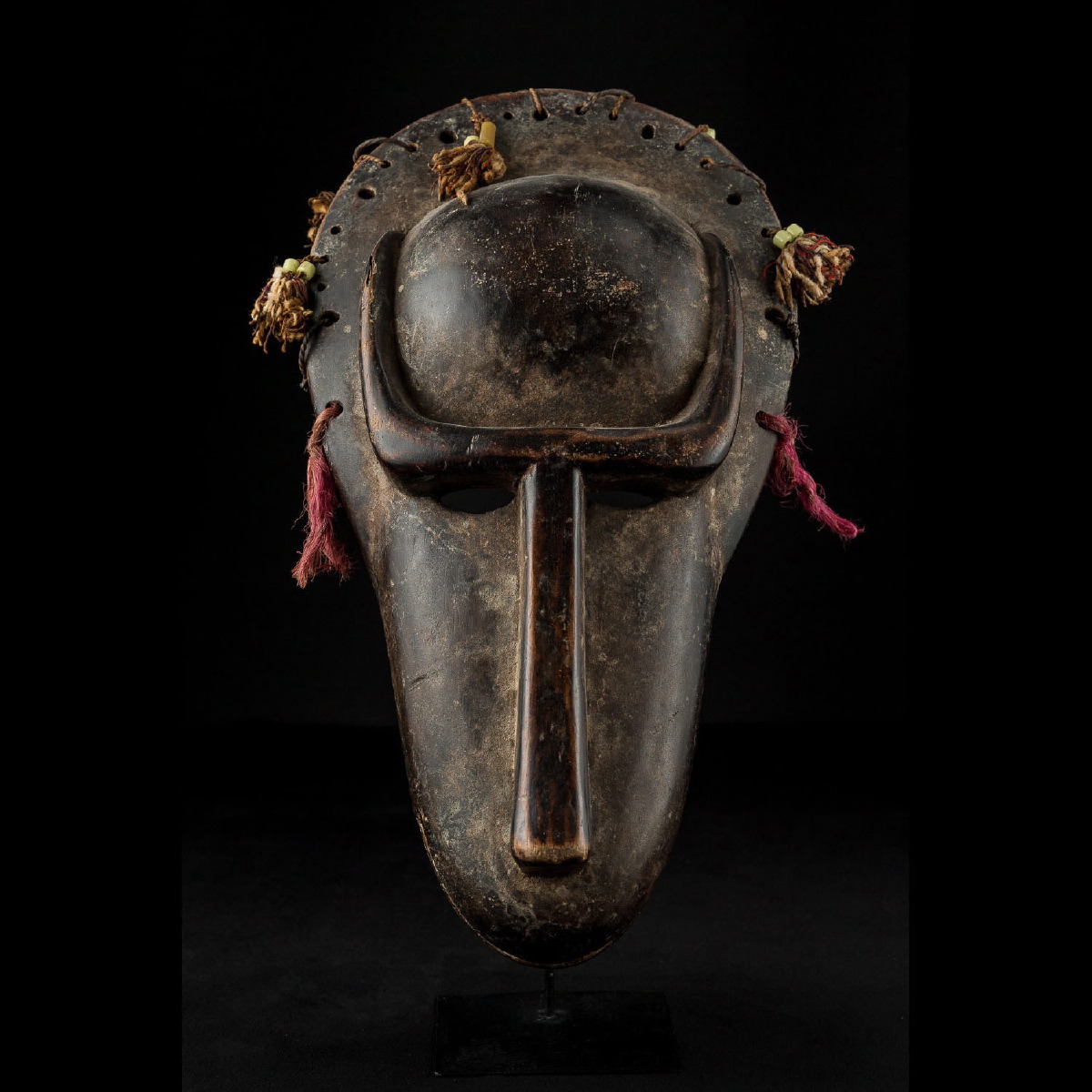 BAMBARA MASK OF A MONKEY-MALI 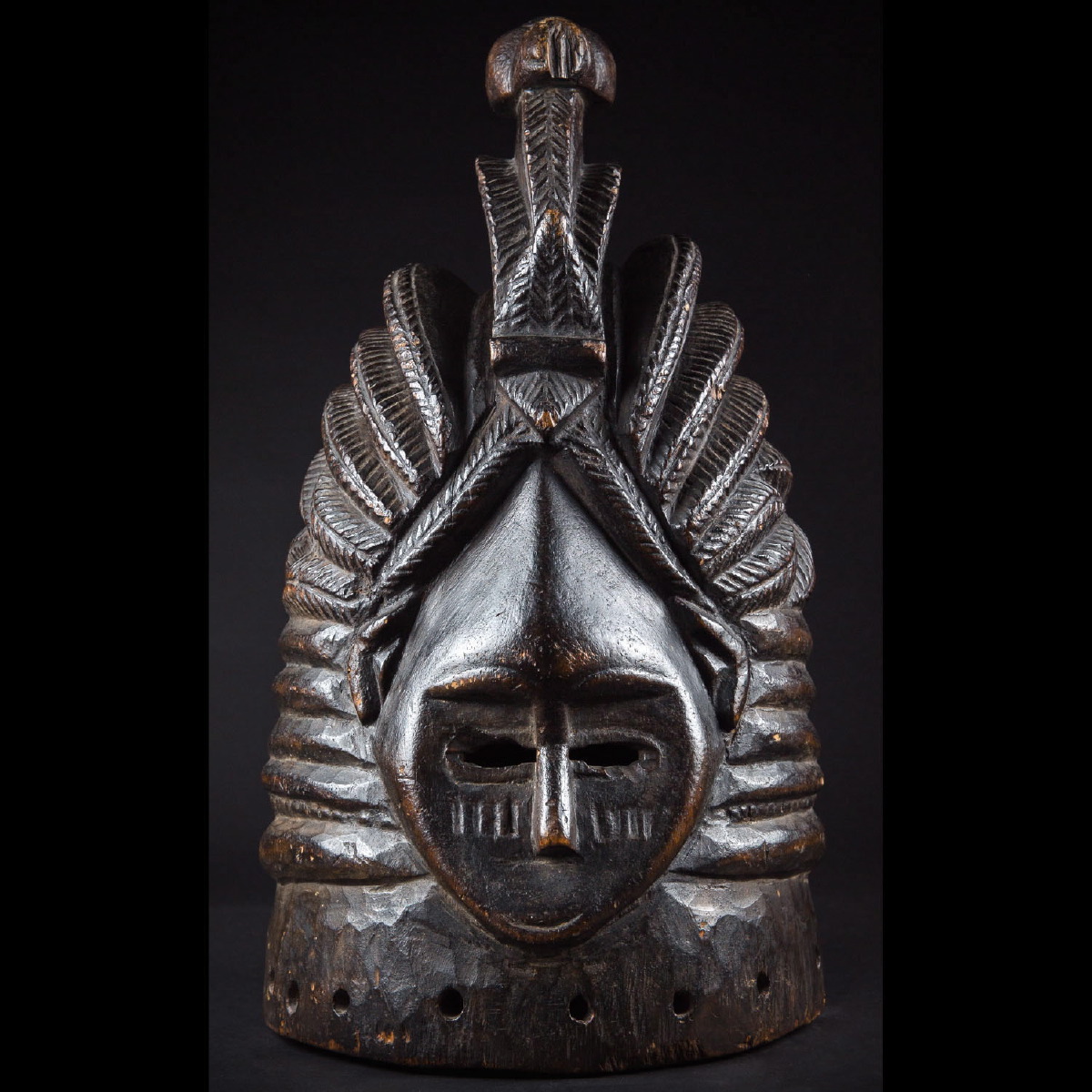